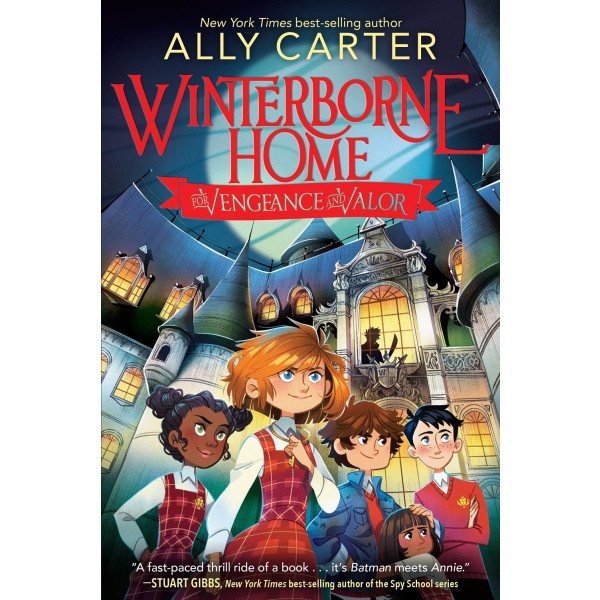 Winterborne Home for Vengeance and Valor

April didn't mean to start the fire. She wasn’t the one who broke the vase. April didn’t ask to go live in a big, creepy mansion with a bunch of orphans who just don't understand that April isn’t like them. After all, April’s mother is coming back for her someday very soon.

All April has to do is find the clues her mother left inside the massive mansion. But Winterborne House is hiding more than one secret, so April and her friends are going to have to work together to unravel the riddle of a missing heir, a creepy legend, and a mysterious key before the only home they’ve ever known is lost to them forever. Ally Carter's middle grade debut is a entertaining mystery packed with action, adventure, and a found family of five foster kids who are more than they seem.