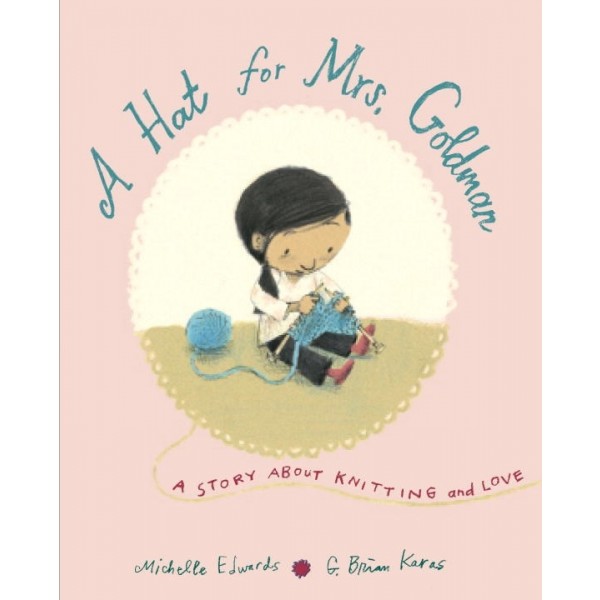 A Hat for Mrs. Goldman: A Story About Knitting and Love

But try as Sophia might, the hat turns out lumpy, the stitches aren't even, and there are holes where there shouldn't be holes. Sophia is devastated until she gets an idea that will make Mrs. Goldman's hat the most wonderful of all. Readers both young and old will relate to Sophia's frustrations, as well as her delight in making something special for someone she loves. A knitting pattern is included in the back of the book.

"Sophia works hard but finds that her finished product has a few holes in it. Feeling discouraged for a moment, the child remembers Mrs. Goldman's praise of her pom-poms, and she adds red pom-poms to any areas that are bare; Mrs. Goldman is delighted. Mixed-media illustrations showcase the research the illustrator put into learning how to knit to faithfully execute the artwork....This heartwarming offering achieves its emotional impact through the loving actions of its main characters and makes for a great read-aloud whether shared one-on-one or with a group in storytime." — Samantha Lumetta, School Library Journal