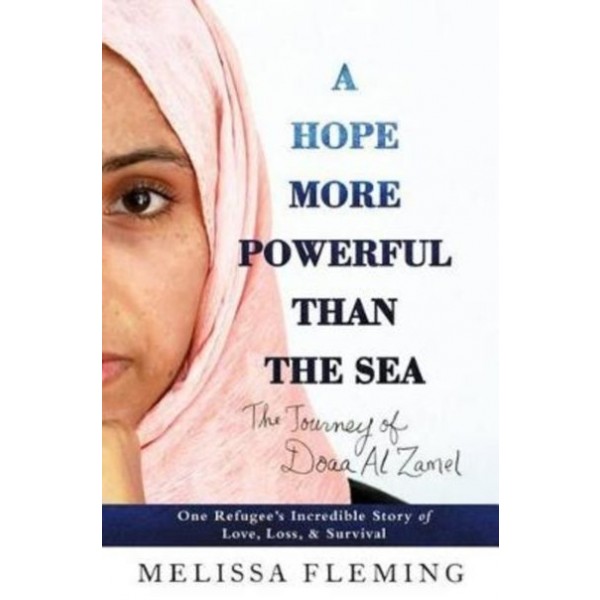 A Hope More Powerful Than The Sea: One Refugee's Incredible Story of Love, Loss, and Survival

Doaa Al Zamel was once an average Syrian girl growing up in a crowded house in a bustling city near the Jordanian border. But in 2011, her life was upended by the civil war. Her family decided to leave Syria for Egypt, but only months after their arrival, the Egyptian government was overthrown and the environment turned hostile for refugees.

In the midst of this chaos, Doaa fell in love. Terrified and unable to swim, Doaa and her young fiance gave their life savings to board a boat with five hundred other refugees. After four horrifying days at sea, a ship deliberately rammed into Doaa's boat, sinking it and leaving the passengers to drown. That is where Doaa's struggle for survival really began.

A Hope More Powerful Than the Sea is an eye-opening true story that represents the millions of unheard voices of refugees who risk everything in a desperate search for a safe future. Melissa Fleming sheds light on the most pressing humanitarian crisis of our time and paints a vivid, unforgettable portrait of the triumph of the human spirit.