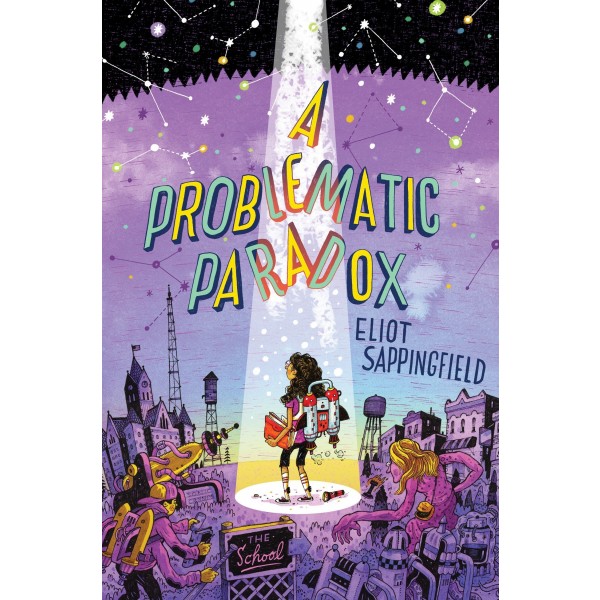 Nikola Kross has given up on living in harmony with classmates and exasperated teachers: she prefers dabbling in experimental chemistry to fitting in. But when her life is axially inverted by a gang of extraterrestrials who kidnap her dad and attempt to recruit her into their service, she discovers he's been keeping a world of secrets from her — including the school for geniuses where she's sent for refuge, a place where classes like Practical Quantum Mechanics are the norm and where students use wormholes to commute to class.

For Nikola, the hard part isn't school, it's making friends, especially when the student body isn't (entirely) human. But the most puzzling paradox of all is Nikola herself, who has certain abilities that no one understands — abilities that put her whole school in greater danger than she could have imagined. Guardians of the Galaxy meets The Hitchhiker's Guide to the Galaxy in this wild, warm-hearted, and hilarious sci-fi debut about a brainy young girl who is recruited for a very special boarding school.

"Nikola’s blunt wit makes for entertaining reading (she describes her father’s kidnapper as 'a charming young lady... with the arms of a gorilla and all the charisma of a rubber boot filled with refried beans') in debut author Sappingfield’s frenetic SF comedy. The school’s fantastical elements are inventive and fun, but it’s Nikola’s longing for friends that forms the heart of the story." — Publishers Weekly