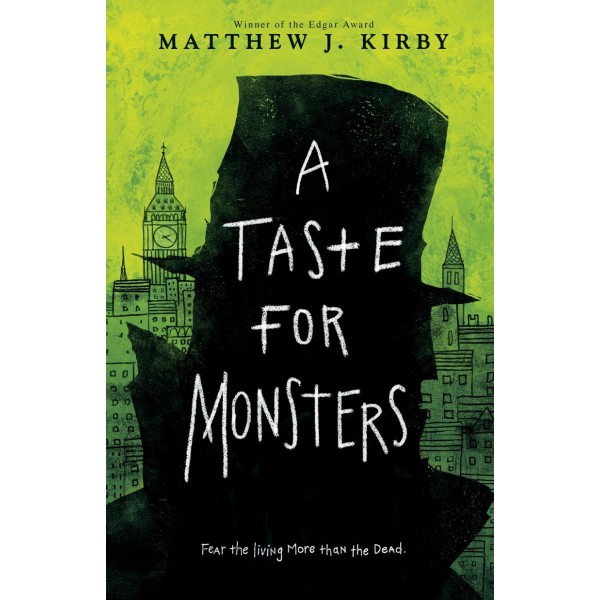 A Taste For Monsters

It's London 1888, and Jack the Ripper is terrorizing the people of the city. Evelyn, a young woman disfigured by her dangerous work in a matchstick factory with nowhere to go, does not know what to make of her new position as a maid to the Elephant Man in London Hospital. Evelyn wanted to be locked away from the world, like he is, shut away from the filth and dangers of the streets. But in Joseph Merrick, the Elephant Man, she finds a gentle kindred, who does not recoil from her, and who understands her pain.

When the murders begin, however, Joseph and Evelyn are haunted nightly by the ghosts of the Ripper's dead, setting Evelyn on a path to facing her fears and uncovering humanity's worst nightmares, in which the real monsters are men.

"Concerned about the effect of these monstrous apparitions on Merrick’s health, Evelyn ventures into the slums in an attempt to put the suffering ghosts to rest. Evelyn — all grit, anger, and distrust — is a complex and engaging character, the slums and slang of Victorian-era London are carefully delineated, and the eventual revelation of Leather Apron’s identity and fate will leave readers gasping." — Publishers Weekly