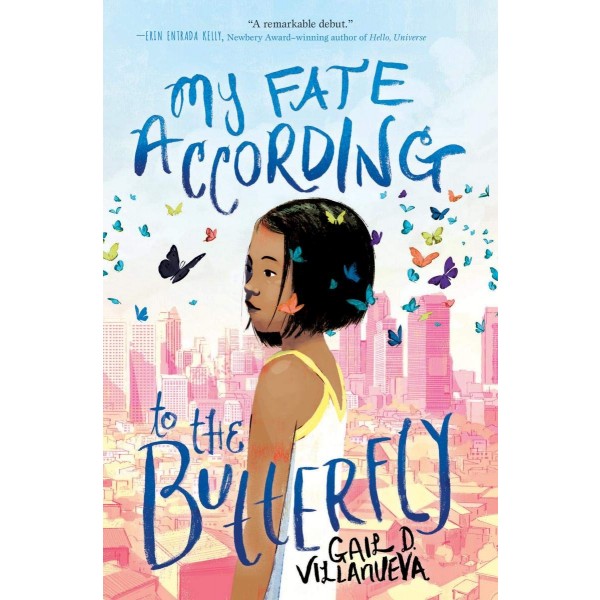 My Fate According To The Butterfly

When superstitious Sab sees a giant black butterfly, an omen of death, she knows that she's doomed! According to legend, she has one week before her fate catches up with her — on her 11th birthday. With her time running out, all she wants is to celebrate her birthday with her entire family. But her sister, Ate Nadine, stopped speaking to their father one year ago, and Sab doesn't even know why.

If Sab's going to get Ate Nadine and their father to reconcile, she'll have to overcome her fears — of her sister's anger, of leaving the bubble of her sheltered community, of her upcoming doom — and figure out the cause of their rift. So Sab and her best friend Pepper start spying on Nadine and digging into their family's past to determine why, exactly, Nadine won't speak to their father. But Sab's adventures across Manila reveal truths about substance abuse, addiction, and the government's vicious war on drugs that are more dangerous than she ever anticipated. Was the Butterfly right? Perhaps Sab is doomed after all!

"Chaperoned by Nadine, Sab’s quest for knowledge about her dad brings her deep into Manila, where she learns difficult truths about him and the world in which she lives, such as the government’s brutal crackdown on drug dealers. Debut author Villanueva deftly incorporates a touch of the magical alongside vibrant details about contemporary Filipino life (jeepneys, cheese-flavored ice cream) and a universal story about growing up, reconciliation, and family." — Publishers Weekly