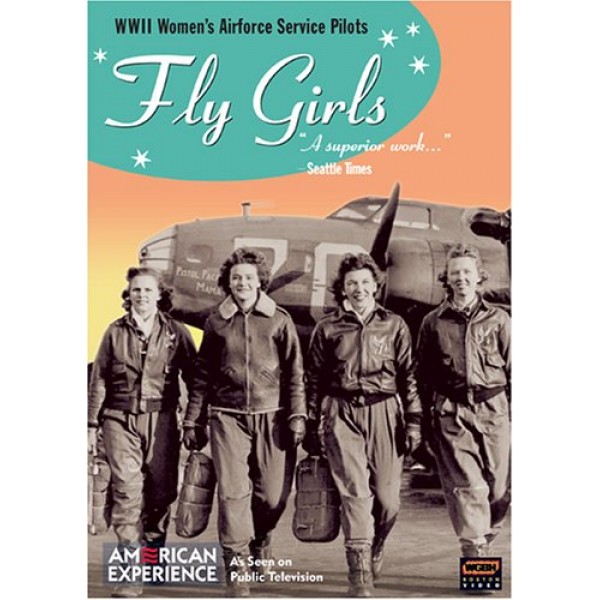 During WWII, more than a thousand women signed up to fly with the U.S. military. Wives, mothers, actresses and debutantes who joined the Women Airforce Service Pilots (WASPS) test-piloted aircraft, ferried planes and logged 60 million miles in the air. Thirty-eight women died in service.

But the opportunity to play a critical role in the war effort was abruptly canceled by politics and resentment, and it would be 30 years before women would again break the sex barrier in the skies.

For an excellent book for ages 13 and up focused on the stories of women's heroism during WWII, visit Women Heroes of World War II: 26 Stories of Espionage, Sabotage, Resistance, and Rescue.

For more documentaries telling the stories of girls and women throughout history, visit A Mighty Girl's Documentary section.

As America geared up to fight in World War II there was a pressing need for military pilots, and women answered the call. This documentary about the Women's Airforce Service Pilots, an installment of the American Experience series on PBS, tells their oft overlooked story. The WASPs were founded by a famous female aviator, Jacqueline Cochran, and after rigorous flight training at an all-female airbase in Texas, more than 1,000 of them ferried new aircraft to military installations around the United States.

The women proved themselves capable, and they eventually wound up teaching men to fly the new B-29 bombers that were being rushed into service. Some of the archival footage shown, such as clips of women putting on makeup in the cockpit, may seem ridiculous or demeaning today. But the women appearing in interviews tell some amazing stories about their wartime service, such as one female pilot who left on what was supposed to be a one-day mission, and thanks to frantic assignments that kept coming, didn't return to her home base for a month.

The WASPs faced real danger while flying, had to battle discrimination and even sabotage, and their unit was disbanded while it was still very useful. But they paved the way for other women in the military, and their story is fascinating and this film tells it beautifully. -- Robert J. McNamara