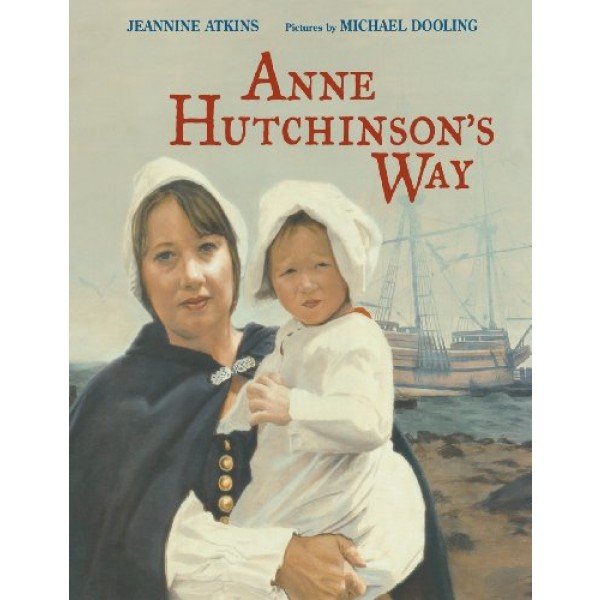 A picture book about a mother's courage standing up for her beliefs in Puritan-era Massachusetts.

"The tale begins with the Puritan Hutchinson family aboard a rocking ship, heading for a new country to escape persecution by the Church of England. Susanna is the youngest of 10, and readers become familiar with the land through the things she sees, smells, hears. One of the sounds is the loud voice of the minister, who objects to the way Anne has gathered first women and then both sexes to listen to her talk about a forgiving God. Others in the community whisper that women should not preach at all. In time, a court banishes her, and eventually the family must find a new home. A sense of sturdiness is everywhere here: in the story of Anne and her husband's unwavering courage to stand strong for their beliefs and in Dooling's impressive artwork, plain in color but rugged in its portrayal of the demands of colony life." -- Ilene Cooper, Booklist