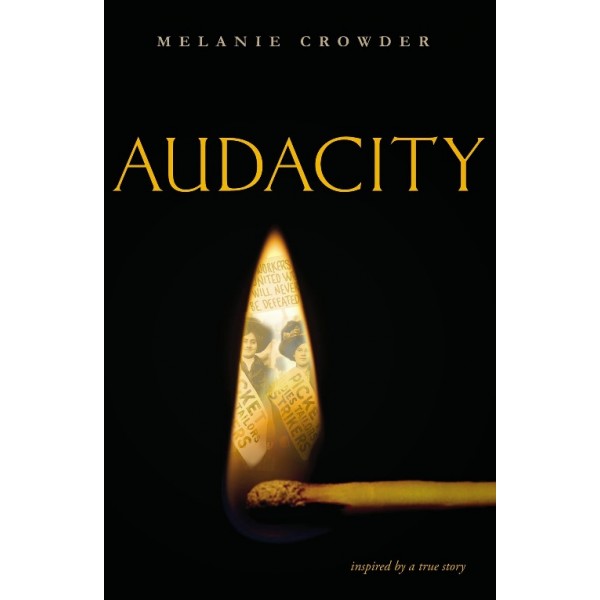 A gorgeously told novel in verse written with intimacy and power, Audacity is inspired by the real-life story of Clara Lemlich, a spirited young woman who emigrated from Russia to New York at the turn of the twentieth century and fought tenaciously for equal rights. Bucking the norms of both her traditional Jewish family and societal conventions, Clara refuses to accept substandard working conditions in the factories on Manhattan's Lower East Side. For years, Clara devotes herself to the labor fight, speaking up for those who suffer in silence. In time, Clara convinces the women in the factories to strike, organize, and unionize, culminating in the famous Uprising of the 20,000.

Powerful, breathtaking, and inspiring, Audacity is the story of a remarkable young woman, whose passion and selfless devotion to her cause changed the world.

"The verse form of the narrative lends lightness to an otherwise bleak topic and moves the story along quickly, while artful formatting of the text creates and sustains mood. This book stands alone in its topic and time frame, with only Michelle Markel's picture book Brave Girl as a nonfiction companion. With historical notes, interviews with Clara's family members, and a glossary of Yiddish terms, Audacity is an impactful addition to any historical fiction collection." -- Brittany Staszak, School Library Journal