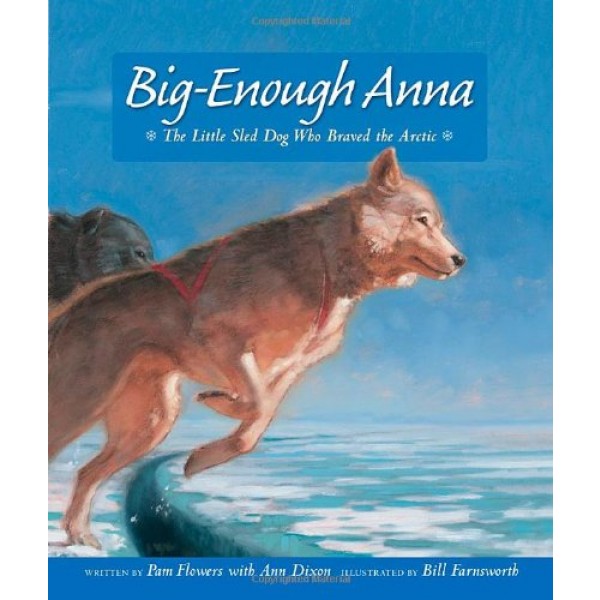 Big-Enough Anna: The Little Sled Dog Who Braved The Arctic

Pam Flowers tells of a dog who played a pivotal role in Flowers' expedition in the Arctic.

"A true story of how the runt of the litter became the leader of the pack. Flowers was preparing for a six-month, 2500-mile dogsled journey from Barrow, AK, to Repulse Bay, Canada, which would make her the first woman to cross the North American Arctic alone. Anna and her littermates trained with the older, more experienced dogs, with the intention that the strongest would accompany the expedition. Before attempting to pull a sled, the young canines were taught to follow voice commands; wear a harness; and drag twigs, sticks, and then small logs behind them. Though Anna was the smallest, she proved to have heart and a love of running; she was chosen for the trip. About halfway through the trek, the seasoned lead dog ran off; Anna took over and was instrumental in finishing the journey, which lasted almost twice as long as planned." -- Maryann H. Owen, School Library Journal