Designer Amanda Phingbodhipakkiya has created a series of incredible posters celebrating women in science that are perfect for displaying in a classroom or kid's bedroom! The six posters featured here, which are free to download, were created by Amanda, a science-trained designer, to connect the Women's March to the March for Science as part of her Beyond Curie design project focused on women in science. 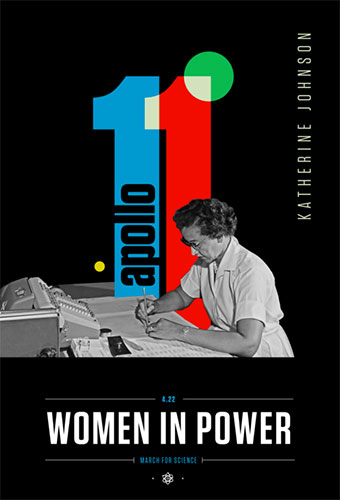 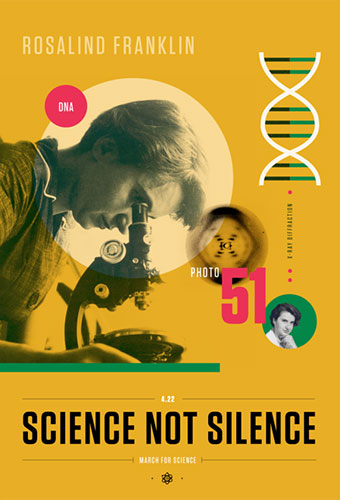 Resources: Adult readers can learn more about Rosalind Franklin's life and research in the biography Rosalind Franklin: The Dark Lady of DNA. Franklin is also one of 50 notable women featured in the illustrated biography Women in Science: 50 Fearless Pioneers for ages 9 and up. She is one of the 52 women profiled in the book Headstrong: 52 Women Who Changed Science – and The World for teen and adult readers. 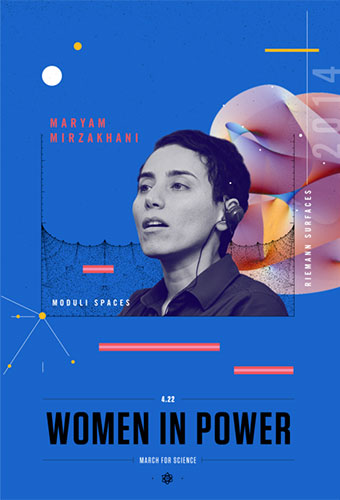 Resources: Maryam Mirzakhani is one of 50 notable women featured in the illustrated biography Women in Science: 50 Fearless Pioneers for ages 9 and up. 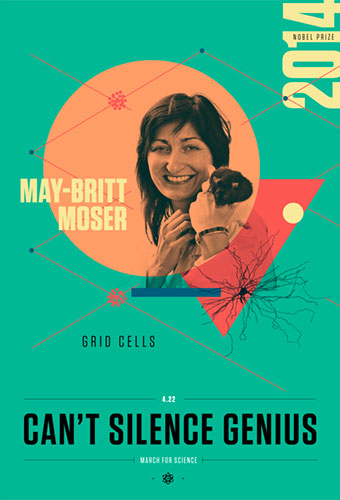 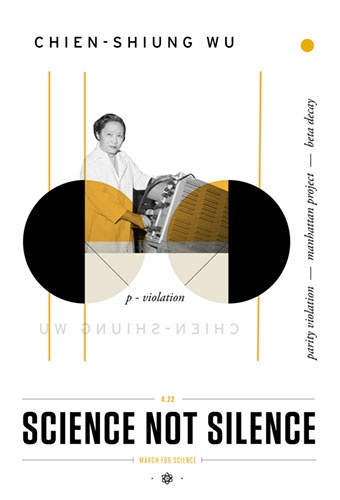 Resources: Chien-Shiung Wu is one of 50 notable women featured in the illustrated biography Women in Science: 50 Fearless Pioneers for ages 9 and up. She is also one of the 52 women profiled in the book Headstrong: 52 Women Who Changed Science – and The World for teen and adult readers. Wu is one of 22 notable female scientists included in the History of Women of Science poster. 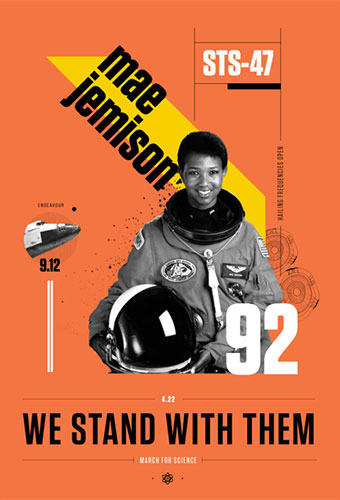 Resources: Mae Jemison is the subject of the picture book Mae Among The Stars for ages 4 to 8 and the early chapter book You Should Meet: Mae Jemison for ages 6 to 8. She is one of 50 notable women featured in the illustrated biography Women in Science: 50 Fearless Pioneers for ages 9 and up. Jemison is also featured in the book Women In Space: 23 Stories of First Flights, Scientific Missions, and Gravity-Breaking Adventures, recommended for teens and adults, ages 12 and up.