After learning that the Oakland Zoo might close permanently due to the pandemic, 6-year-old Andy Soulard wanted to help save the animals — and has raised over $220,000! 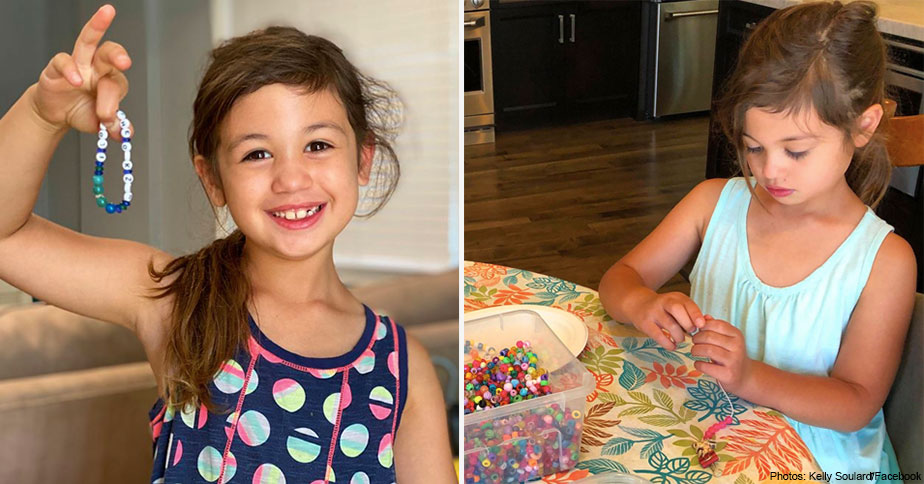 When 6-year-old Andrea "Andy" Soulard learned that the Oakland Zoo might have to shut down permanently due to loss of income during the pandemic shutdown, the California Mighty Girl wanted to help. "I like to see the animals," she explains. "I like the guinea hogs, the otters and the tigers." So with her seventh birthday approaching, Andy decided to ask people to donate to the zoo instead of giving her a present this year, and she pledged to make a bracelet for anyone who donated $25 or more. She hoped to raise $200, but after word of her fundraiser started spreading online, people began donating from across the country — and, in less than a month, she's now raised $220,000 and counting! "We are at a loss for words," her mother, Kelly Soulard, wrote on Facebook, "but know we are so touched at the outpouring of support."

The Soulards visit the Oakland Zoo regularly, but like many other zoos, it has struggled with the loss of income during coronavirus closures, which in the case of the Oakland Zoo amounted to $2 million a month. They scaled back operations as much as possible without risking the well-being of the animals, but still ended up in serious "financial distress."  The zoo's CEO, Dr. Joel Parrot, spoke frankly about the situation at the beginning of July, saying, "we have about three months before we run out of money.... We get so much more of our revenue from being open to the public." 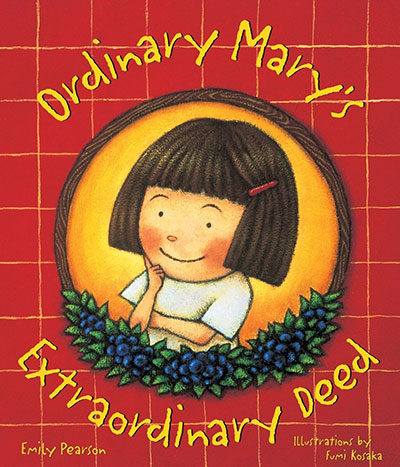 In late June, Andy had just received $5 from the Tooth Fairy and she decided to use it as seed money toward her birthday fundraiser, which is an annual tradition in her family. After learning about the zoo's dire financial situation, Andy decided that it would be the beneficiary of her birthday fundraiser this year. She made an announcement video that her mom shared with family and friends on Facebook, stating: "I'm raising money for the Oakland Zoo because the animals need care.... [and] I'm going to give you bracelets!"

After a local media organization saw the video and shared it, donations reached $6,000 within 14 hours. "From there, it just began growing," says Soulard. "It’s really hard for us to grasp how much impact she’s having." To date, her fundraiser has made over $220,000, and Andy has made over 800 bracelets. Zoo officials have been touched by Andy's incredible contribution. "We are so grateful for Andy’s passion and dedication to the Oakland Zoo," said spokeswoman Erin Harrison — who also noted that, since the zoo received permission to open this week at a reduced capacity, "We are also looking forward to having Andy visit the zoo again soon."

Along with Andy's fundraiser, other people have rallied to support the zoo after the public learned of the possibility of permanent closure. “Because of all the media attention we got, we got an amazing amount of donations — over $2 million in donations over the last month,” says zoo spokeswoman Erin Harrison. Thanks to all of the donations and the ability to re-open, the zoo is in a much better place financially; however, it will still take the zoo a long time to recover from impact of the pandemic. “It's going to take us years to make up for all the losses,” she adds. “But I'm happy that we’re at least open.”

For her part, Andy is wrapping up her fundraiser at the end of July to give herself a few weeks to finish all of the bracelets before the start of the school year and she's been thrilled to see how many people are helping save her beloved zoo. Her mother has also found it touching to see how Andy has inspired the people who donated. "A woman who got a bracelet said she planned to use it as an ornament on her Christmas tree this year," reflects Soulard. "It would be a reminder, the woman said, that something beautiful happened in 2020."

After Andy's fundraiser ends, you can still help to support the Oakland Zoo by visiting their donation page. 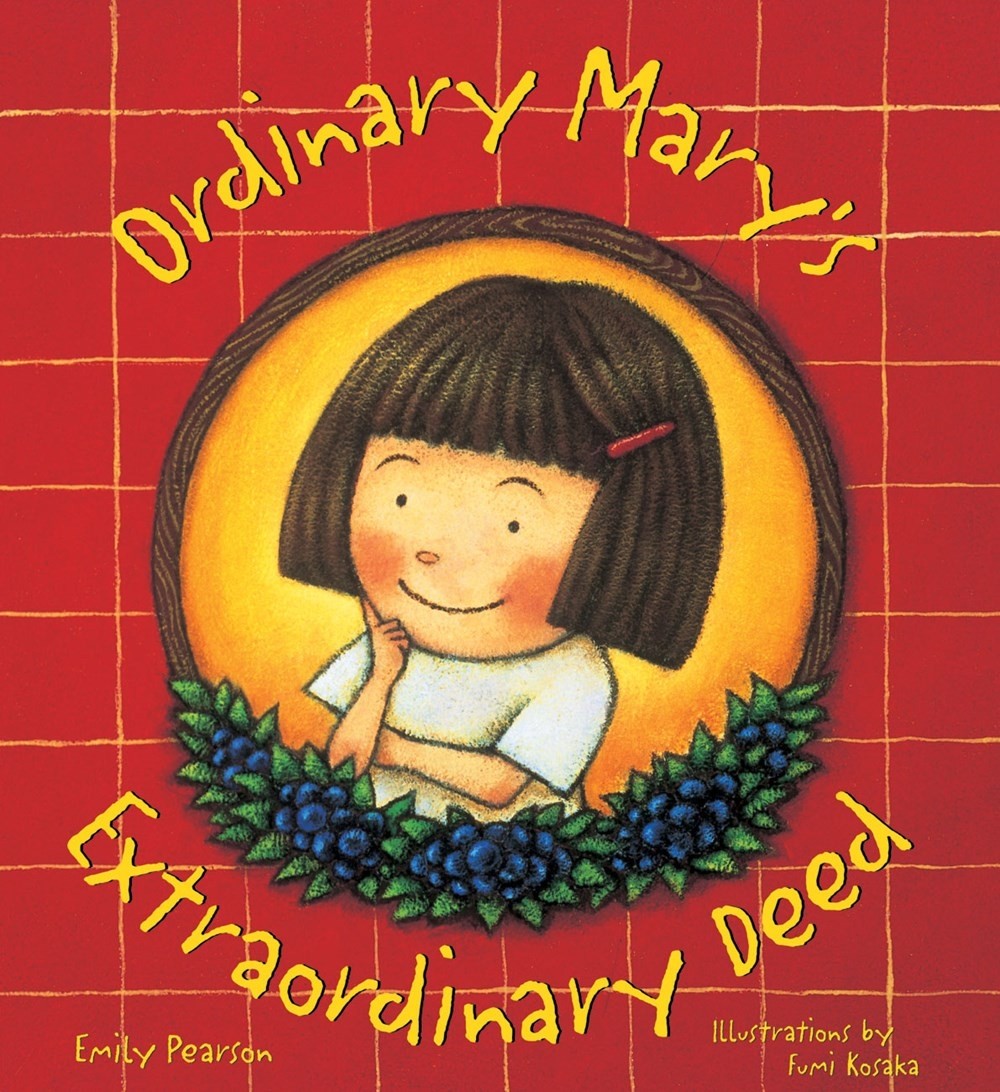 The most amazing thing about kindness is how it ripples out beyond the original act! Mary finds a patch of blueberries on her way home, and decides to pick some for Mrs. Bishop. Mrs. Bishop in turn makes blueberry muffins that she gives to five people — one of whom helps five more, and then one of those helps five more... Before long, a variety of kindnesses, some with a small impact and some with a huge one, are creating a change that extends worldwide. It's a lovely testament to how little acts of compassion and kindness have big potential for the entire world.

Follow the Moon Home: A Tale of One Idea, Twenty Kids, and a Hundred Sea Turtles 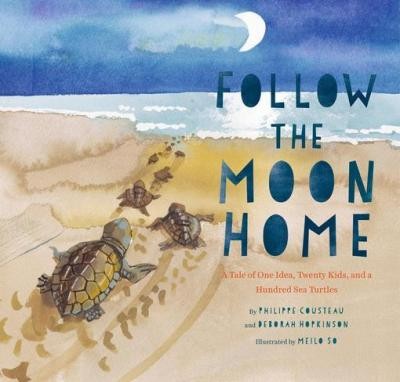 Follow the Moon Home: A Tale of One Idea, Twenty Kids, and a Hundred Sea Turtles

Viv has just moved to a new town by the sea, and she's still struggling to feel at home — "I always need help finding my way, especially in a new place," she thinks. On her first day at school, her teacher tells her that they're looking for a community action project to do. And when Viv learns about the sea turtle hatcheries nearby — and the way the hatchlings can get lost when they mistake artificial lights for the moon that normally guides their way — that the class finds the perfect project. This picture book based on the real kids who helped save the South Carolina sea turtles is sure to inspire young animal lovers! 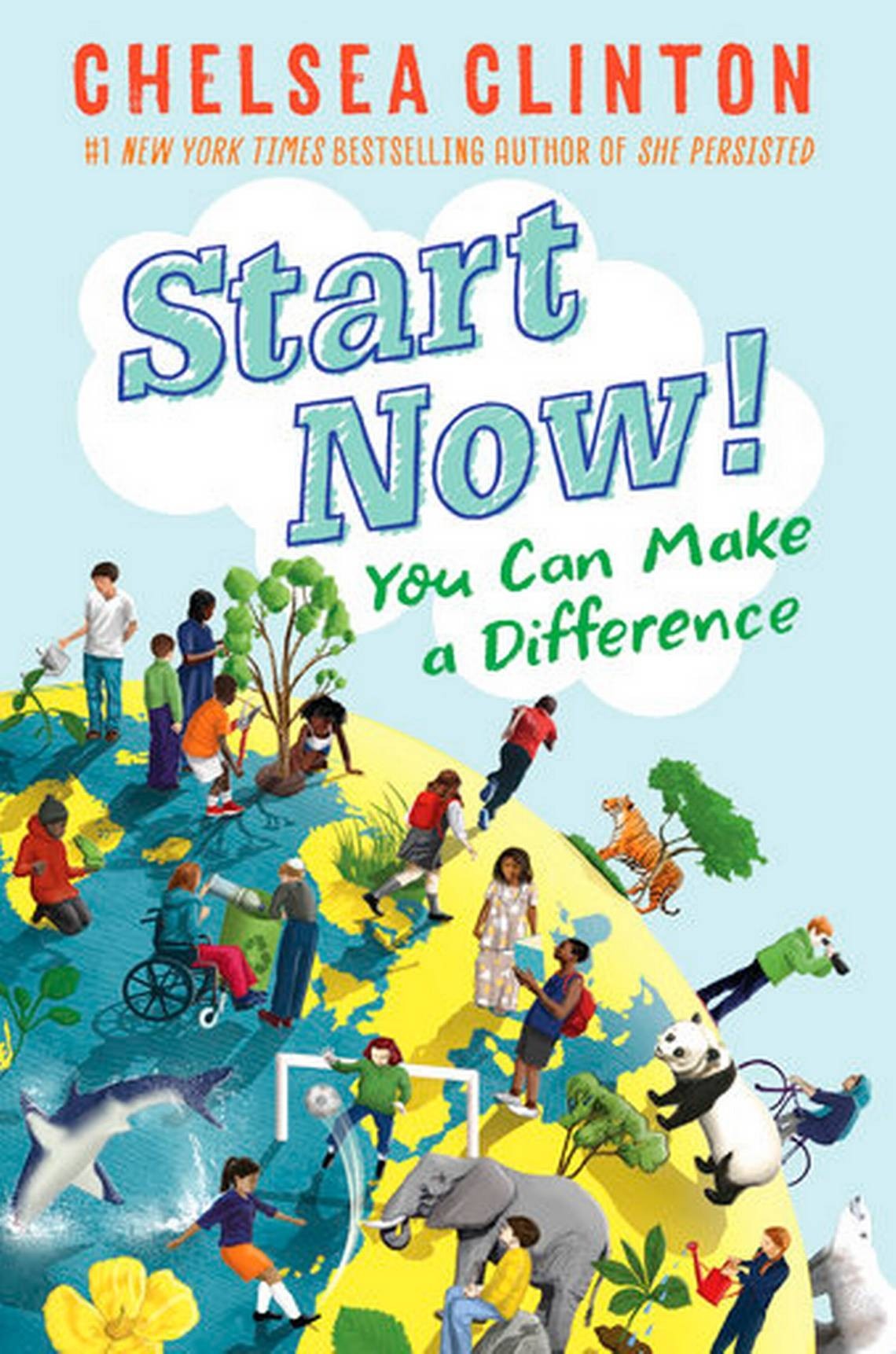 Activism can sometimes seem overwhelming — but there are problems large and small that kids can tackle every day! In this book, Chelsea Clinton addresses five key concepts — health, hunger, climate change, endangered species, and bullying — and shows kids how to start solving them, either individually, locally, or globally. Each chapter ends with a "Start Now!" bullet list, providing suggestions for young would-be activists to take first steps towards big changes. Kids will particularly love the photographs of real kids, just like them, who have started leading the way for people around them. 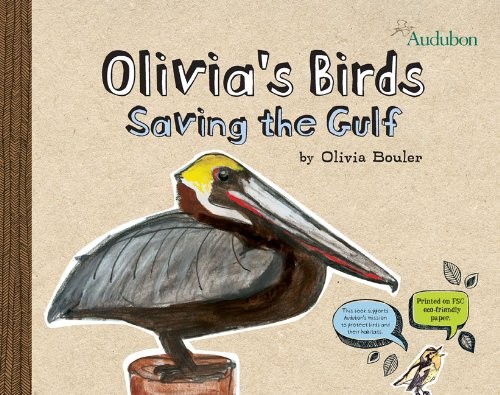 Olivia Bouler was a budding ornithologist who was horrified to see the 2010 Gulf Coast oil spill’s effects on birds. So at the age of 11, she wrote to Audubon and offered to help by contributing her paintings to raise donations. More than 500 paintings later, Olivia had raised over $175,000 for Audubon’s efforts to clean up the spill! This book is full of interesting facts, both about backyard and endangered birds and about Olivia’s campaign to rescue the Gulf birds. 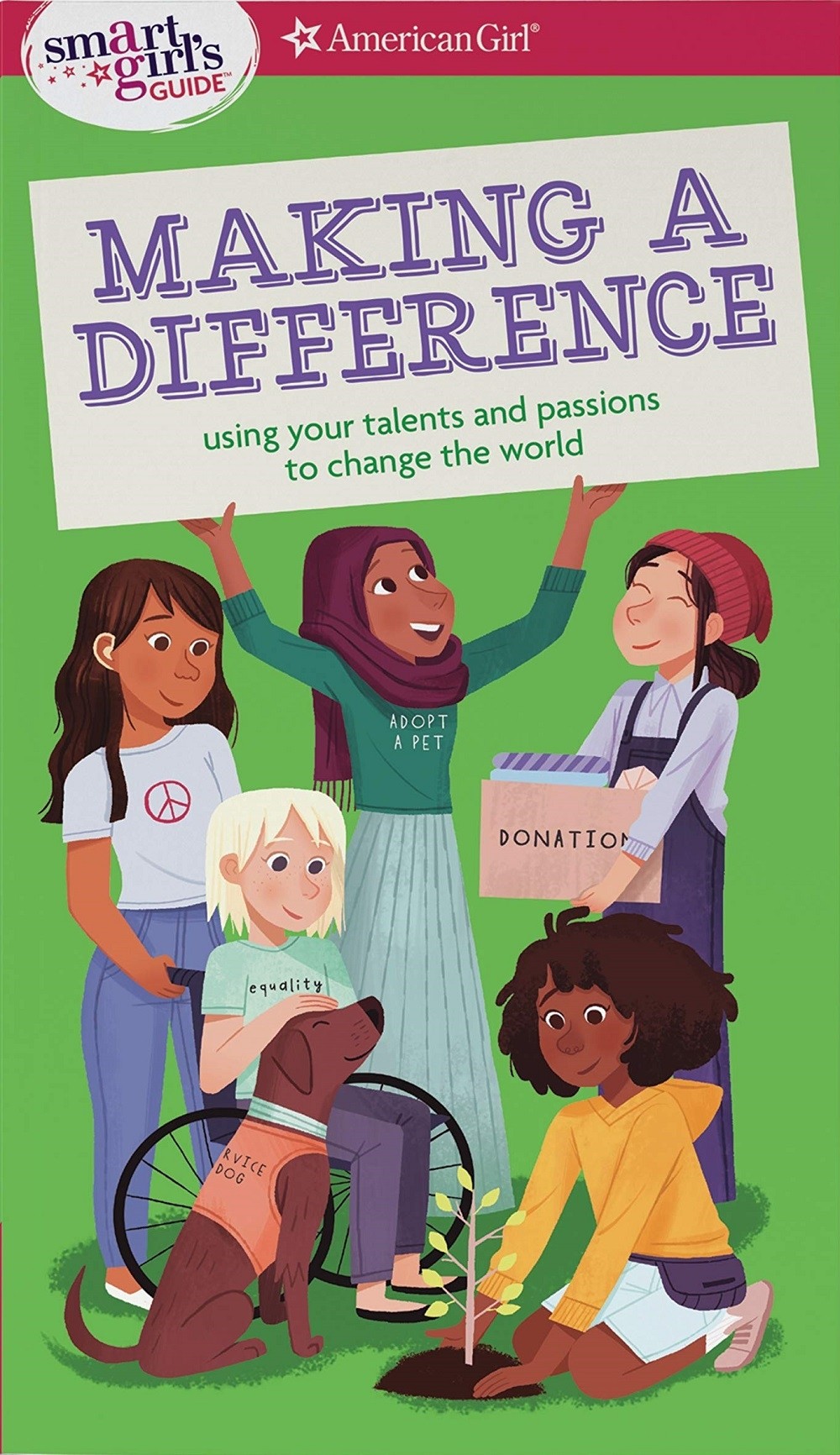 Anyone can make the world a better place — whether you're helping a few people in your school or tackling a global issue! If your Mighty Girl wants to make a difference, but doesn't know where to start, this book from the American Girl Library will help. Girls will identify their talents and skills, and figure out which causes matter the most to them. Then, they'll see how they can change things for the better, whether it's welcoming a lonely classmate, writing letters asking for change, or starting a fundraiser. This empowering and inspiring book will help girls recognize their power to make the world a better place.

Be A Changemaker: How to Start Something That Matters 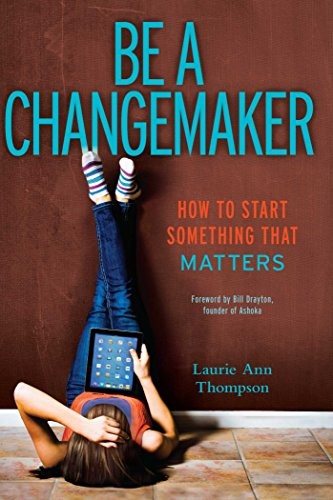 Be A Changemaker: How to Start Something That Matters

Written by: Laurie Ann Thompson
Recommended Age: 12 and up

When a teen has an idea for a way to change the world, she may not know what to do to make it a reality. This book will guide her through it, step by step! Individual chapters cover everything from refining your idea to fundraising to creating a business plan, and even discuss what to do when you're ready to move on, whether you're closing down your project or handing it off to another person. Changing the world may not be easy, but with this book, she'll know where to start. 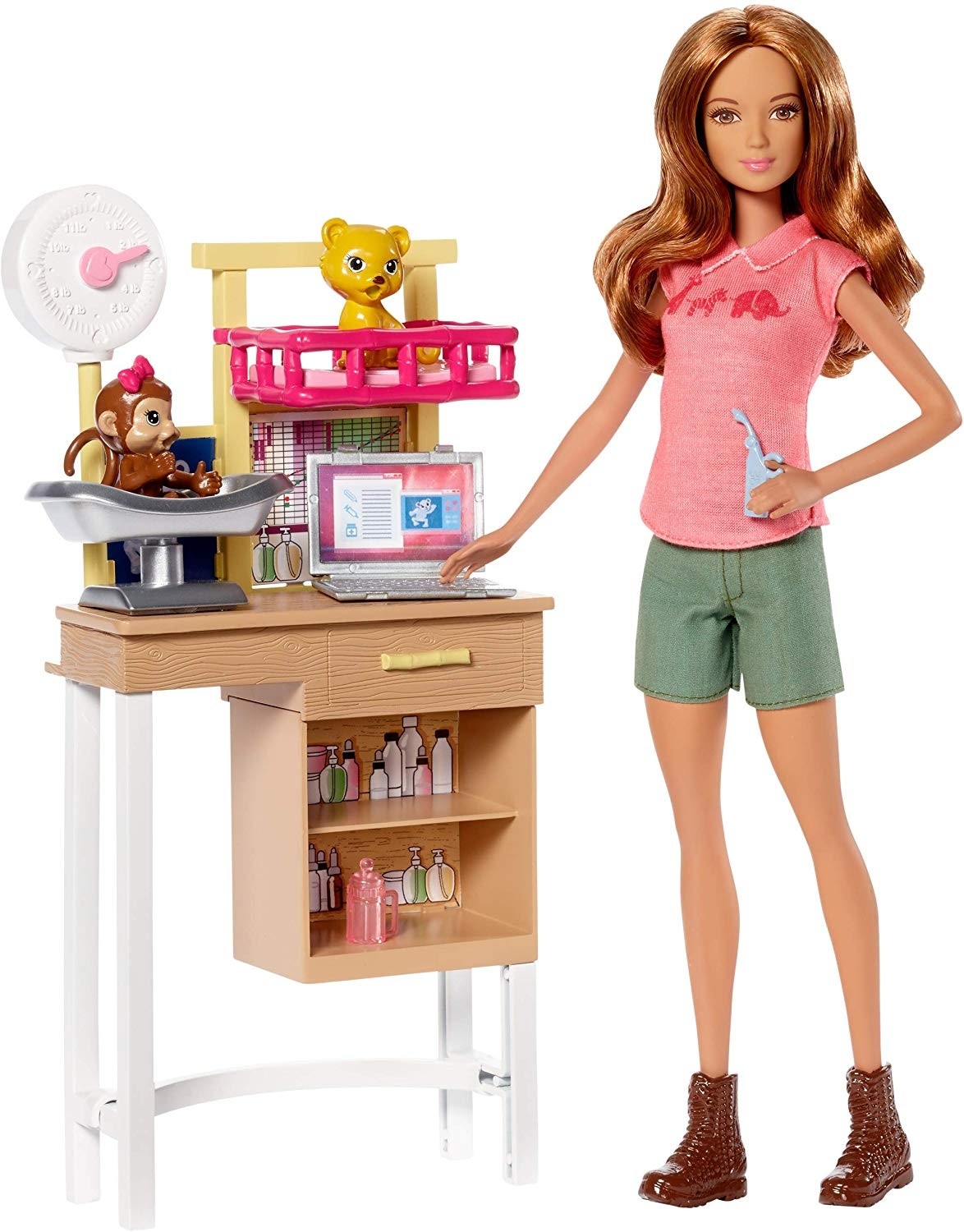 This zoo doctor from the Barbie Careers line is ready to see pet patients! Everything she needs is included, including furniture for an office/exam rooom, accessories to play out an exam, and two adorable baby animals to care for, a monkey and a big cat. The exam station features a scale, pet bed and shelving, while accessories include a laptop, a feeding bottle, and q medicine dropper. If she's dreamed of getting up close and personal with the animals at the zoo, she'll love this set! 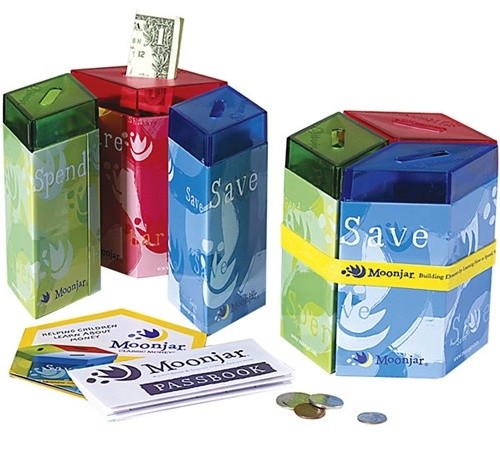 Manufacturer: Moonjar
Recommended Age: 3 and up

Even little kids can learn basic money skills with the Moonjar Moneybox! Moonjar moneyboxes are divided into three separate compartments: Spend, Save, and Share. This division is a great way to teach children about the benefits of saving money for a special purpose versus spending it immediately. It also provides an easy way to make charitable giving a part of your child's life. For two more divided piggy banks that encourage kids to donate to causes that matter to them, check out the Money Savvy Pig for ages 3 and up and the Smart Piggy Trio Bank for ages 4 and up. 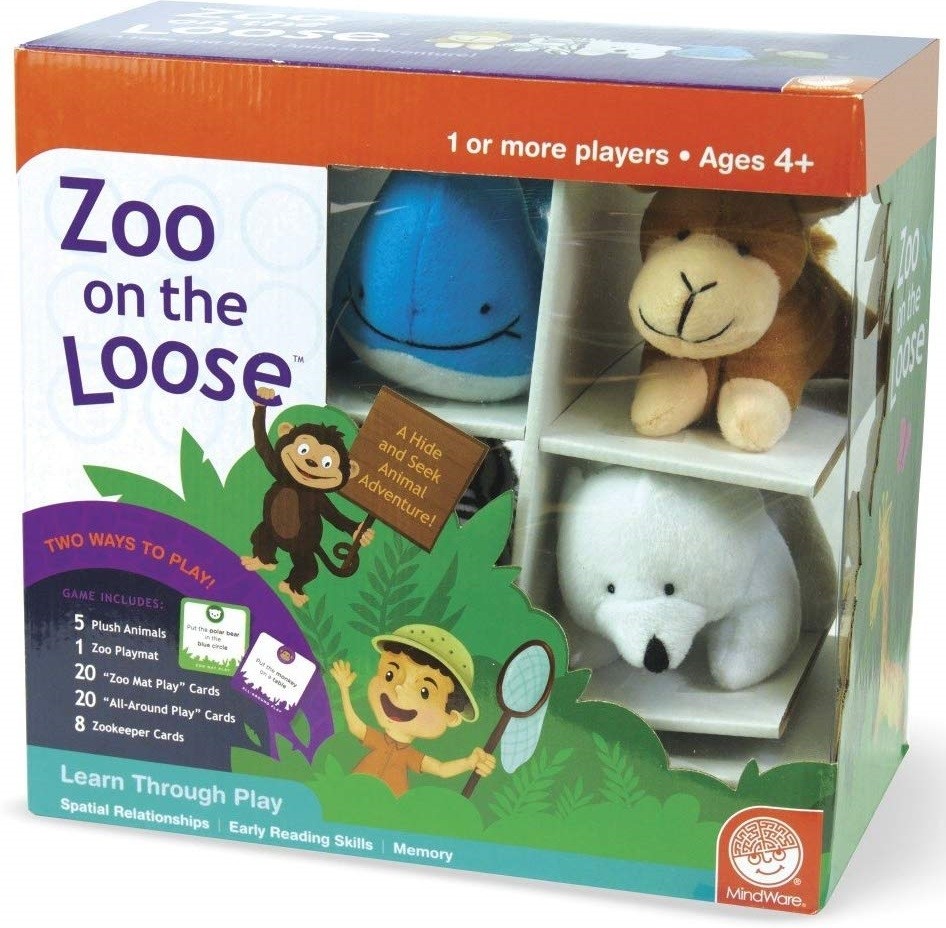 The cuddly stuffed animals in this game from MindWare provide the foundation for color-matching play! Kids practice putting the animals in different places depending on the cues on game cards — along the way, learning memory skills and positional vocabulary like "on", "under", and "behind." But when a zookeeper card pops up, they have to get back home as fast as they can! Two ways to play, one using an included play mat and one using the whole room, keep this game interesting and fun!