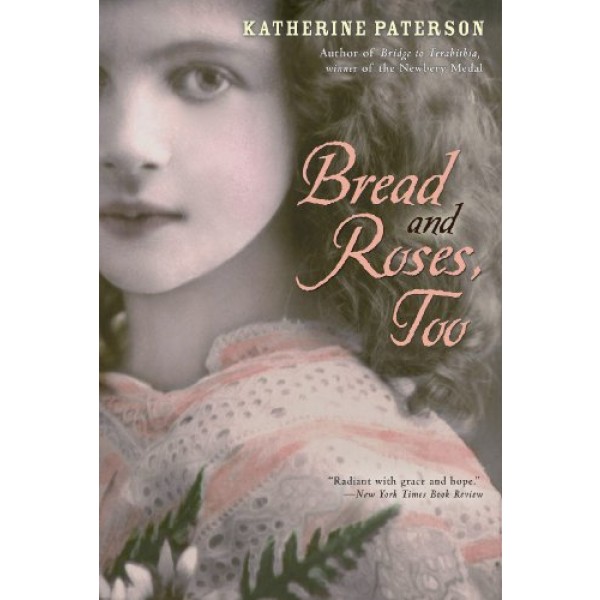 Bread and Roses, Too

Rosa's mother is singing again -- union songs. She's joined the strike against the corrupt mill owners. Rosa is terrified. What if Mamma is jailed or, worse, killed? Jake's dad threatened to kill him if he joined the strike. For Jake, that is reason enough to do so.

Then Rosa, Jake, and the other children living in the middle of the strike are offered a very special opportunity: To live in Vermont until the strike is over. For Rosa, being away from her family is worse than seeing them in harm's way. For Jake, it's a chance to start over. For both of them, it's a time of growing up.

"Raver masters an impressive range of character voices -- from recent Italian immigrants to America, to worried or wisecracking children and a shrill, know-it-all schoolteacher -- in this recording of Paterson's novel about a historic 1912 labor strike in the Lawrence, Mass., textile mills." -- Publisher's Weekly

Katherine Paterson has twice won both the Newbery Medal and the National Book Award. She received the 1998 Hans Christian Andersen Medal as well as the 2006 Astrid Lindgren Memorial Award for the body of her work.