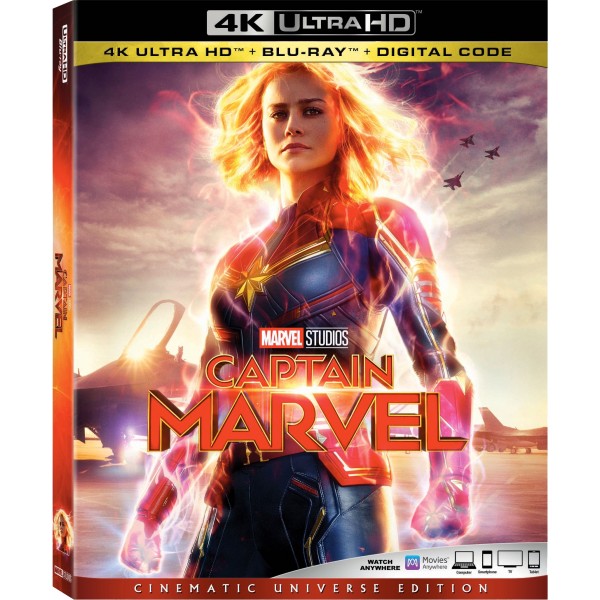 Marvel Studios' Captain Marvel takes you on a spectacular adventure from the 1990s! Vers (Brie Larson) has no memory of her origin, and fights on behalf of the Kree to eliminate the dangerous shapeshifting Skrulls. But when their galactic war sends her to Earth, she begins to believe that the planet has something to do with her past. With a young agent Nick Fury (Samuel L. Jackson) by her side, she learns about Carol Danvers, the woman she was — and becomes determined to claim her power and fight for justice in the galaxy.

This package include both 4K Ultra HD and standard Blu-Ray editions of Captain Marvel, as well as a code for digital download. It also includes special features, including several behind-the-scenes looks at the film, a gag reel, and deleted scenes.