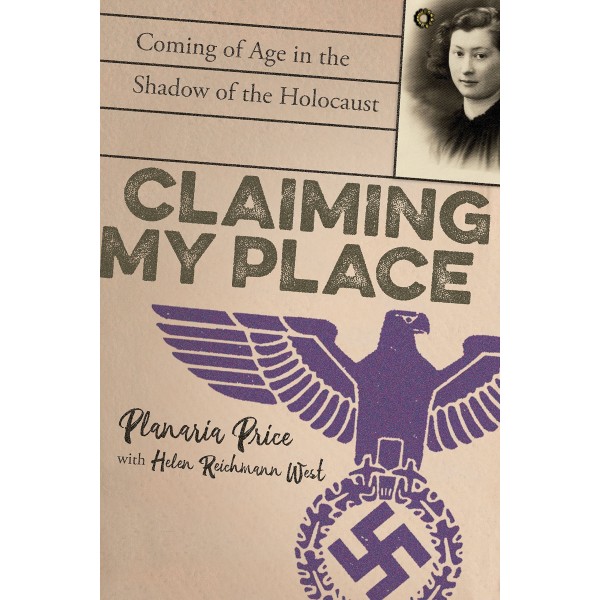 Claiming My Place: Coming of Age in the Shadow of the Holocaust

Meet Barbara Reichmann, once known as Gucia Gomolinska: smart, determined, independent, and steadfast in the face of injustice. A Jew growing up in predominantly Catholic Poland during the 1920s and '30s, Gucia studies hard, makes friends, falls in love, and dreams of a bright future. Her world is turned upside down when Nazis invade Poland and establish the first Jewish ghetto of World War II in her town of Piotrków Trybunalski.

As the war escalates, Gucia and her family, friends, and neighbors suffer starvation, disease, and worse. She knows her blond hair and fair skin give her an advantage, and eventually she faces a harrowing choice: risk either the uncertain horrors of deportation to a concentration camp, or certain death if she is caught resisting. She decides to hide her identity as a Jew and adopts the gentile name Danuta Barbara Tanska. Barbara, nicknamed Basia, leaves behind everything and everyone she has ever known in order to claim a new life for herself.

Writing in the first person, author Planaria Price and Helen Reichmann West, Barbara's daughter, bring the immediacy of Barbara's voice to this true account of a young woman whose unlikely survival hinges upon her determination and defiant spirit.

"Told in the first person, this biography was based on interviews with both Barbara and her daughter, Helen. Loving depictions of pre-war Piotrków are filled with realistic touches that make its lost past palpable: teachers Barbara adored or disliked, interactions between the myriad youth groups, her early interest in politics, and her questions about religion. In an afterword by Helen we learn of Barbara’s disgust in witnessing racial hatred in the form of segregation after her arrival in the United States. A rich exploration of a Holocaust survivor’s sheltered childhood, the atrocity that failed to destroy her, and her later life as an immigrant." — Kirkus Reviews