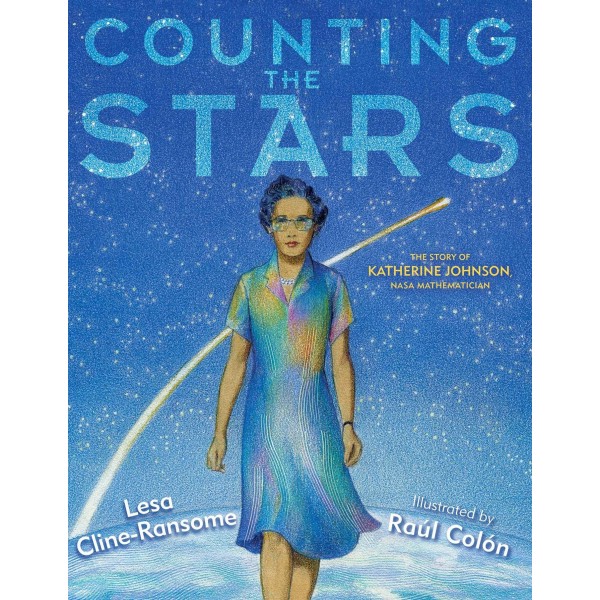 Before John Glenn orbited the Earth or astronauts walked on the moon, a group of dedicated female mathematicians known as "human computers" used their knowledge, pencils, adding machines, and writing paper to calculate the orbital mechanics needed to launch spacecraft. Katherine Johnson was one of these mathematicians who used trajectories and complex equations to chart the space program. Even as Virginia's Jim Crow laws were in place in the early 1950s, Katherine worked analyzing data at the NACA (later NASA) Langley laboratory.

In 1962, as NASA prepared for the orbital mission of John Glenn, he wouldn't agree to the launch until "the girl" ran the numbers by hand to chart the complexity of the orbital flight. He knew that his flight couldn't work without her unique skills.

From award-winning author Lesa Cline-Ransome and acclaimed illustrator Raúl Colón comes the sensitive, informative, and inspiring picture book biography of the remarkable mathematician Katherine Johnson, one of the NASA “human computers” whose work was critical to the first US space launch.

"In long text blocks, the narrative underlines Johnson’s mathematical prowess and natural inquisitiveness ('Why? What? How?'), focusing on her early life (counting stars, skipping grades, earning a full college scholarship at 15), marriage and parenthood, and her career at Langley (early assignments, work amid the space race, persuading higher-ups that she should attend meetings) up through calculating the trajectory of astronaut John Glenn’s 1962 Earth orbit. Colón’s trademark illustrations, with their combed-through textures, set Johnson apart visually; her rainbow-hued dresses radiate alongside her white male colleagues’ white apparel. An author’s note concludes this handsomely illustrated book about a Hidden Figures standout." — Publishers Weekly