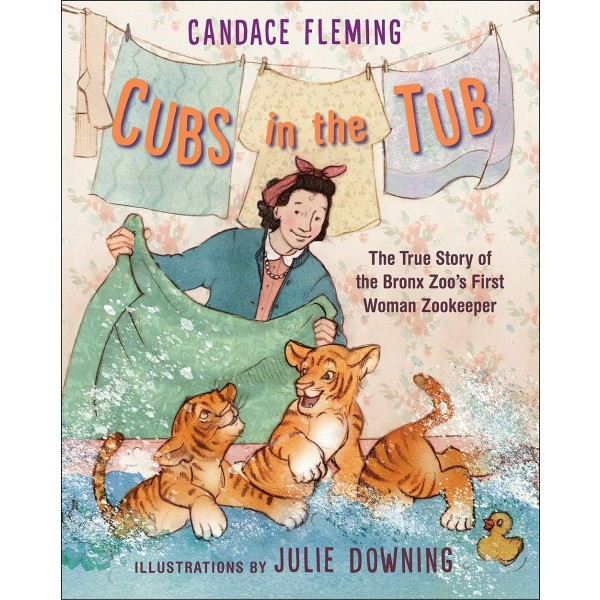 Cubs in the Tub: The True Story of the Bronx Zoo's First Woman Zookeeper

Fred and Helen Martini longed for a baby, and they ended up with dozens of lion and tiger cubs! When Bronx Zoo-keeper Fred brought home a lion cub, Helen Martini instantly embraced it. The cub's mother lost the instinct to care for him. "Just do for him what you would do with a human baby," Fred suggested... and she did. Helen named him MacArthur, and fed him milk from a bottle and cooed him to sleep in a crib.

Soon enough, MacArthur was not the only cub bathed in the tub! The couple continues to raise lion and tiger cubs as their own, until they are old enough to return them to zoos. Helen becomes the first female zookeeper at the Bronx zoo, the keeper of the nursery. Filled with adorable baby cats, and including back matter about Martini's career with the Bronx Zoo, this is a story about love, dedication, and a new kind of family.

"Telling the tale with great attention to detail, Fleming perfectly captures both time and place as well as the loving, determined woman who forged her way in a man’s profession. Downing’s illustrations in a wide variety of sizes and hues will keep readers’ attention glued to the pages.... A lovely homage to a little-known woman and her quiet achievement." — Kirkus Reviews