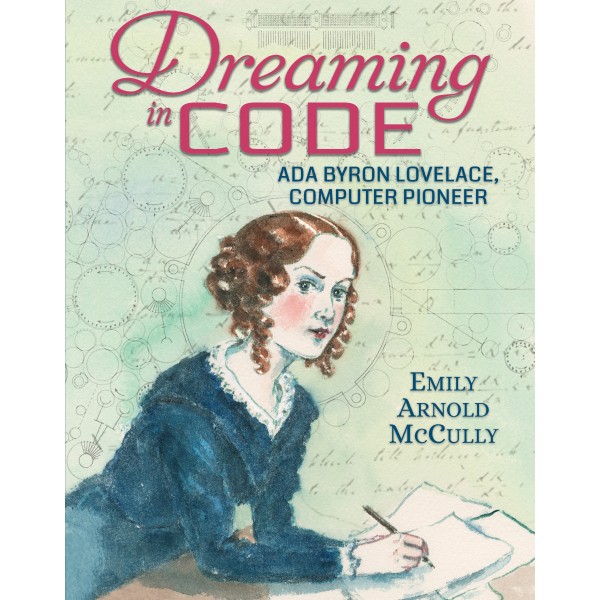 Even by 1800s standards, Ada Byron Lovelace had an unusual upbringing. Her strict mother worked hard at cultivating her own role as the long-suffering ex-wife of bad-boy poet Lord Byron, while raising Ada in isolation. Tutored by the brightest minds, Ada developed a hunger for mental puzzles, mathematical conundrums, and scientific discovery that kept pace with the breathtaking advances of the industrial and social revolutions taking place in Europe.

At seventeen, Ada met eccentric inventor Charles Babbage, a kindred spirit. Their ensuing collaborations resulted in ideas and concepts that presaged computer programming by almost two hundred years, and Ada Lovelace is now recognized as a pioneer and prophet of the information age. Award-winning author Emily Arnold McCully opens the window on a peculiar and singular intellect, shaped — and hampered — by history, social norms, and family dysfunction. The result is a portrait that is at once remarkable and fascinating, tragic and triumphant.

"McCully proceeds with clear explanations of Lovelace’s intellectual activities — in particular, Note G, in which Lovelace proposes an algorithm considered to be the first for a computer — while blending a largely sympathetic view of her personal life: marriage, offspring, gambling and other addictions, and early death from uterine cancer. Archival photos and illustrations, appendices, source notes, a glossary, and a bibliography deepen the portrait of this singular figure whose impact on science and technology has long been understated." — Publishers Weekly