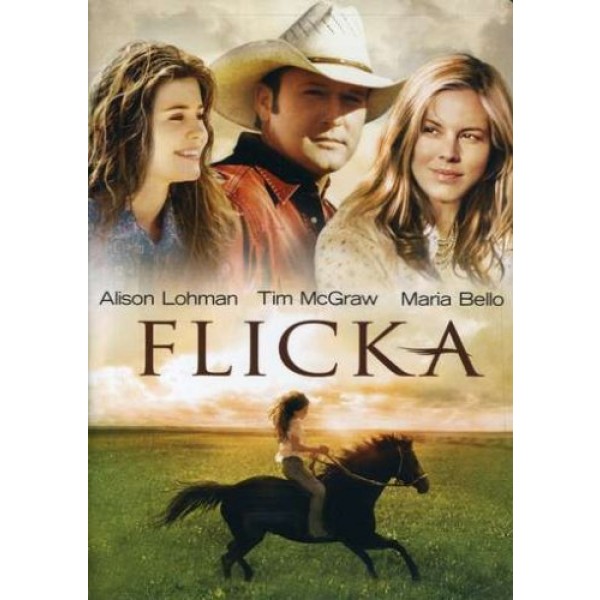 Sixteen year old Katie McLaughlin (Alison Lohman) is a headstrong and determined teenager trying to find her way in life. Katie forms a bond with a wild horse she names Flicka.

Can a wild horse with a bad attitude and a not-quite-wild but pretty darn sullen teenage girl with a bad attitude be the best things that ever happened to each other? Though we guess the answer pretty early on in Flicka, it doesn't diminish the feel-good family film one bit. The film is a remake of the 1947 My Friend Flicka itself based on the bestselling (and still riveting) novel by Mary O'Hara, and starring a young Roddy McDowall as the aimless teen hero.

This 2006 update changes the hero to a heroine, Katy (Alison Lohman), though the dynamic is similar, and in some ways makes the appeal of the film broader. After all, young girls love their horses, and Katy's moxie and determination, as she opens her heart to the wild filly, a touchingly and humanly conveyed. As Katy struggles with her relationship with her gruff dad (given an excellent performance by country star Tim McGraw), she finds she can gain confidence and be the person her father wants her to be--solely by being herself as she connects with Flicka the horse.

The cinematography is stunning, and showcases a part of America that once was seen and celebrated often in films, and lately so rare as to be precious. -- A.T. Hurley