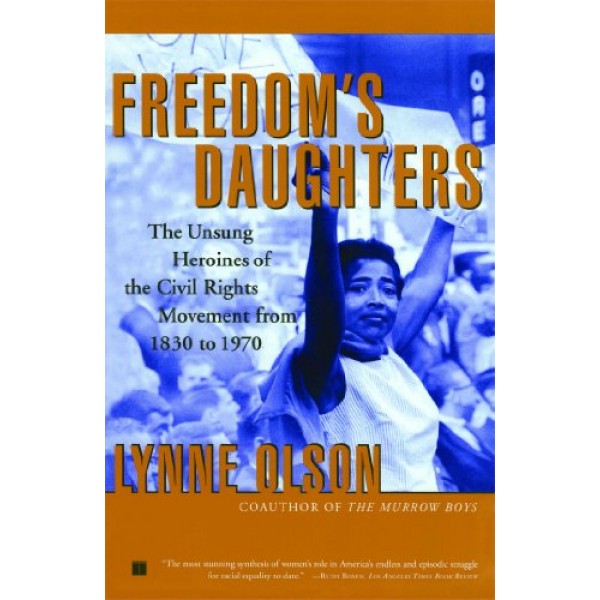 Freedom's Daughters: The Unsung Heroines of the Civil Rights Movement from 1830 to 1970

In this groundbreaking and absorbing book, credit finally goes where credit is due — to the bold women who were crucial to the success of the civil rights movement. From the Montgomery bus boycott to the lunch counter sit-ins to the Freedom Rides, Lynne Olson skillfully tells the long-overlooked story of the extraordinary women who were among the most fearless, resourceful, and tenacious leaders of the civil rights movement.

Freedom's Daughters includes portraits of more than sixty women — many until now forgotten and some never before written about — from the key figures (Ida B. Wells, Eleanor Roosevelt, Ella Baker, and Septima Clark, among others) to some of the smaller players who represent the hundreds of women who each came forth to do her own small part and who together ultimately formed the mass movements that made the difference. Freedom's Daughters puts a human face on the civil rights struggle — and shows that that face was often female.