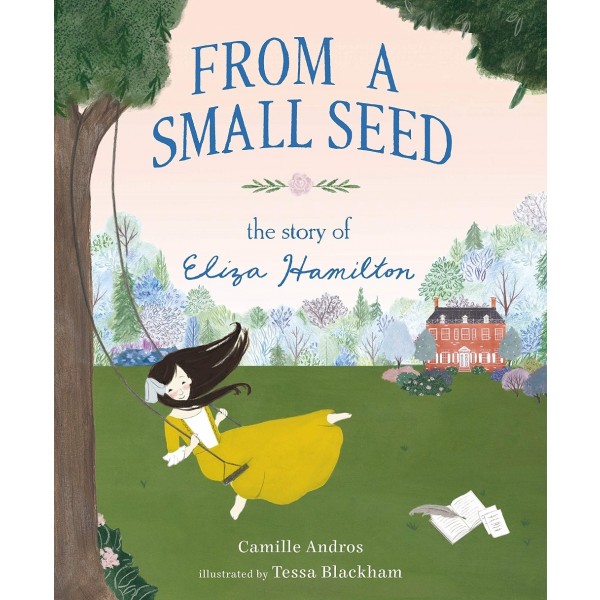 From a Small Seed: The Story of Eliza Hamilton

Ever since she was a young girl, Eliza Hamilton hoped to help people in need. From the private quarters of her family home to her national platform as Hamilton’s partner, Eliza was a lifelong advocate for fairness, freedom and faith. The remarkable acts of charity and public service she performed after Alexander’s death are considered a significant contribution to the Hamilton legacy the world celebrates today. Here is a thoughtful, historical account of her life beginning with her childhood influences.

This lyrical picture book biography of Eliza Schuyler Hamilton by Camille Andros and Tessa Blackham, in the vein of The House that Jane Built: A Story About Jane Addams and Hillary Rodham Clinton: Some Girls Are Born to Lead, paints an accessible portrait of an exemplary public figure whose principles have stood the test of time.