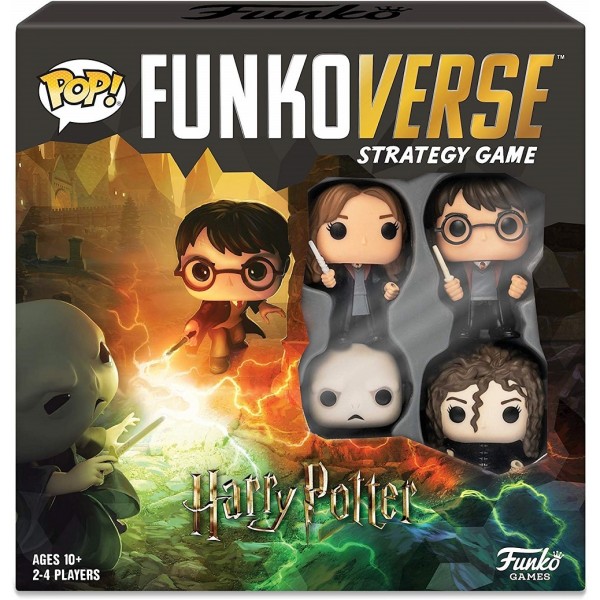 Face off in the ultimate Funko POP! battle in this Funkoverse strategy game featuring characters from the Wizarding World! Players move around the map, using their characters' special abilities to battle your opponents and win points — but use them wisely, because each ability has a "cool down" and the more powerful the ability, the longer it will be until you move it again. This game for 2 to 4 players comes with exclusive POP! Vinyl figures of Lord Voldemort, Bellatrix Lestrange, Hermione Granger, and Harry Potter. It also includes two different playable mats — one featuring Diagon Alley and the other featuring the Room of Requirement — for added play possibilities.