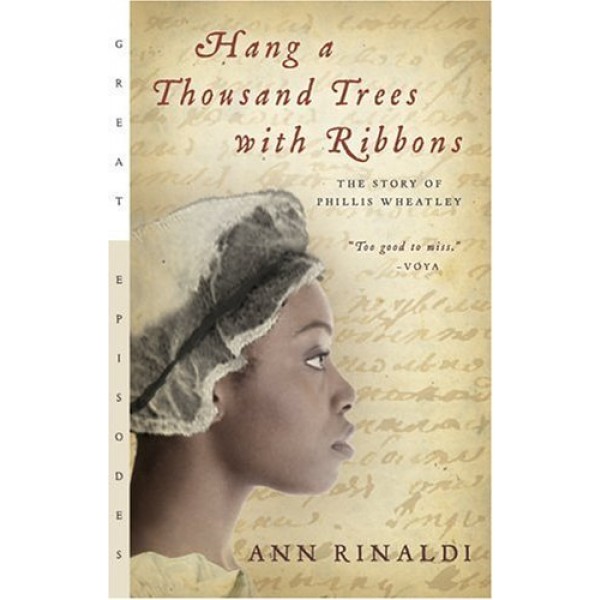 Hang a Thousand Trees with Ribbons: The Story of Phillis Wheatley

Kidnapped from her home in Senegal and sold as a slave in 1761, Phillis Wheatley--as she comes to be known--stuns her adopted country by becoming America's first published black poet.

"She was educated, nurtured, and encouraged to write by the prominent Wheatleys, but was never considered an equal because of her color. It is Phillis' dilemma of belonging to neither the white nor the slave society that Rinaldi so well delineates. Obviously deeply researched, the novel abounds with details of colonial life--encounters the Wheatleys had with America's early historical figures as well as the effects of the day's politics on Mrs. Wheatley's campaign to get Phillis' poetry published." -- School Library Journal