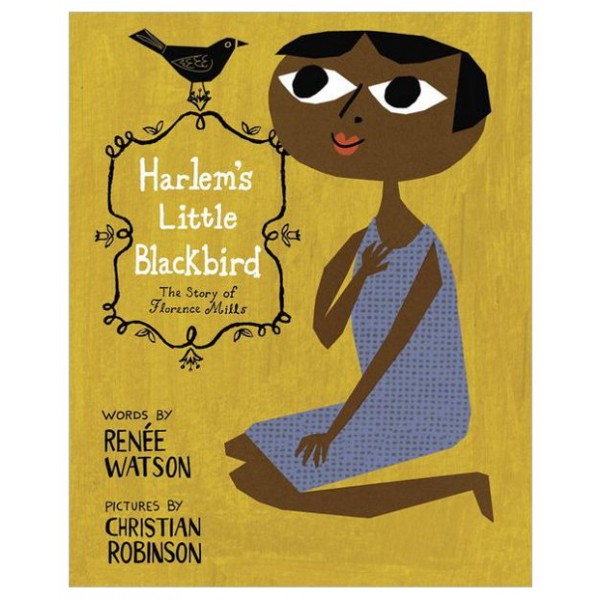 Zora and Langston. Billie and Bessie. Eubie and Duke. If the Harlem Renaissance had a court, they were its kings and queens. But there were other, lesser known individuals whose contributions were just as impactful, such as Florence Mills.

Her dancing and singing catapulted her all the way to the stages of 1920s Broadway where she inspired songs and even entire plays! Yet with all this success, she knew firsthand how bigotry shaped her world. One of her most popular songs, a rendition of “I’m a Little Blackbird Looking for a Bluebird," was a cry for racial equality, and Mills was well-known for shattering racial barriers throughout her life.

Fans of When Marian Sang and Ella Fitzgerald: The Tale of a Vocal Virtuosa will jump at the chance to discover another talented performer whose voice transcended and transformed the circumstances society placed on her.

"With a text that stylistically sings yet is packed with information, the book introduces a woman who, though part of the Harlem Renaissance, is not well remembered by history.” -- Booklist

"Robinson’s big-eyed portrayal of Florence and her work is terrific: jazzy, geometric and lively. The city scenes, stage moments and glimpses of Florence on- and offstage are sweetly retro.... Mills’ generous personality comes through clearly, and Watson aptly uses lyrics from Mills’ songs to help emphasize the story.... [Florence Mills'] brief life is well worth celebrating, and here it is done well." -- Kirkus Reviews