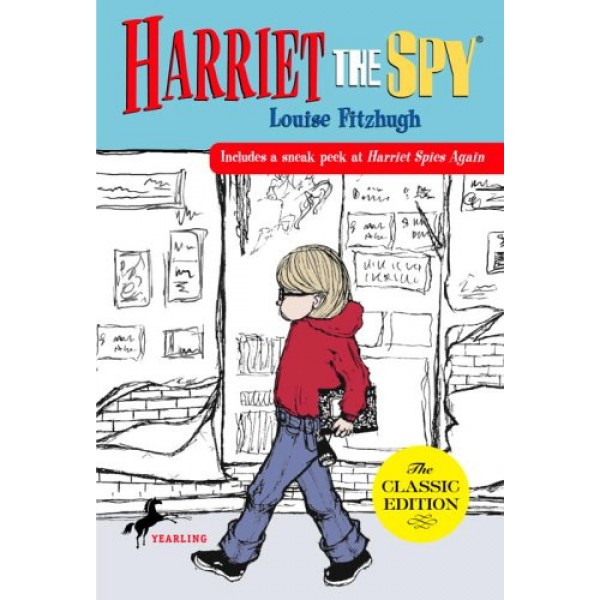 Harriet M. Welsch is a spy. In her notebook, she writes down everything she knows about everyone, even her classmates and her best friends. Then Harriet loses track of her notebook, and it ends up in the wrong hands. Before she can stop them, her friends have read the always truthful, sometimes awful things she's written about each of them. Will Harriet find a way to put her life and her friendships back together?

"Meet Harriet M. Welsch -- one of the most unforgettable, funniest characters in children's literature. Harriet is a girl with only one ambition in life: to be a spy. She works hard at it -- filling her secret notebook with observations about her parents, friends, and neighbors. But when her classmates find her notebook and read her mean comments about them, Harriet finds herself shunned by everyone. How can she put her spying talents to good use and make her friends like her again?" -- Barnes and Noble Review

Thirty-two years before it was made into a movie, Harriet the Spy was a groundbreaking book: its unflinchingly honest portrayal of childhood problems and emotions changed children's literature forever. Happily, it has neither dated nor become obsolete and remains one of the best children's novels ever written. The fascinating story is about an intensely curious and intelligent girl, who literally spies on people and writes about them in her secret notebook, trying to make sense of life's absurdities. When her classmates find her notebook and read her painfully blunt comments about them, Harriet finds herself a lonely outcast.

Fitzhugh's writing is astonishingly vivid, real and engaging, and Harriet, by no means a typical, loveable heroine, is one of literature's most unforgettable characters. School Library Journal wrote, "a tour de force... bursts with life." The Bulletin of the Center for Children's Books called it "a very, very funny story." And The Chicago Tribune raved, "brilliantly written... a superb portrait of an extraordinary child."