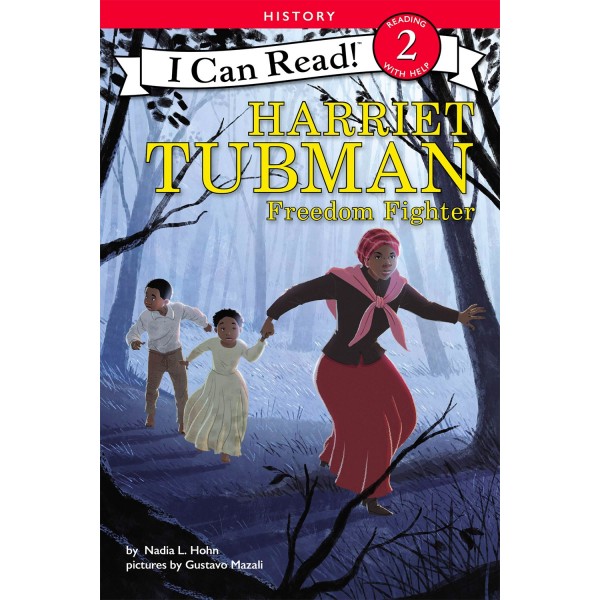 Harriet Tubman was born enslaved in Maryland in the 1800s, and risked everything to escape and be free. But she wasn't content with her own freedom; she wanted to help others. Tubman went on to lead many people to freedom on a journey known today as the Underground Railroad. She led 13 successful escapes — at great personal risk — between 1850 and 1860. Then, during the Civil War, Harriet Tubman enlisted African American men; served as a spy; and even led a battle under the command of a Union Army colonel!

Beginning readers will learn about Harriet Tubman's life in this Level Two I Can Read early reader series biography. This biography includes a timeline, historical illustrations, and a rare historical photograph of Tubman; the information was carefully vetted by noted Harriet Tubman expert Dr. Kate Larson.