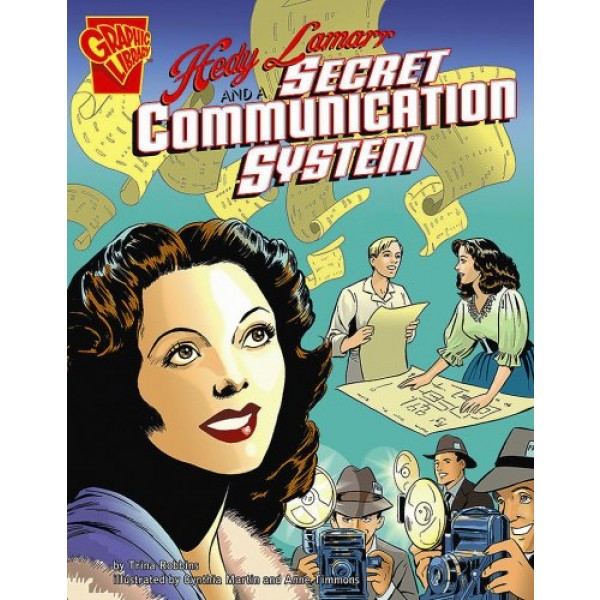 "In 1937 Hedwig Keisler, a famous European actress, was trapped. She was married to a man who produced weapons used by the Nazis. Hedwig (Hedy) hated the Nazi's cruelty and her husband. She wanted nothing more than to escape both... After a stealthy escape from Austria, she ended up in Switzerland, then London, and finally Hollywood. Once there, her stage name was changed to Lamarr and she became a top American movie star.

At a Hollywood party, Hedy met George Anthiel, a musician. The two played piano together and Hedy was struck with an idea that she thought would help defeat the Nazis....Today Hedy's invention is called spread spectrum and is used in cell phones, wireless Internet, satellite guided missiles, and more." -- Childrens Literature Comprehensive Database, July 2007