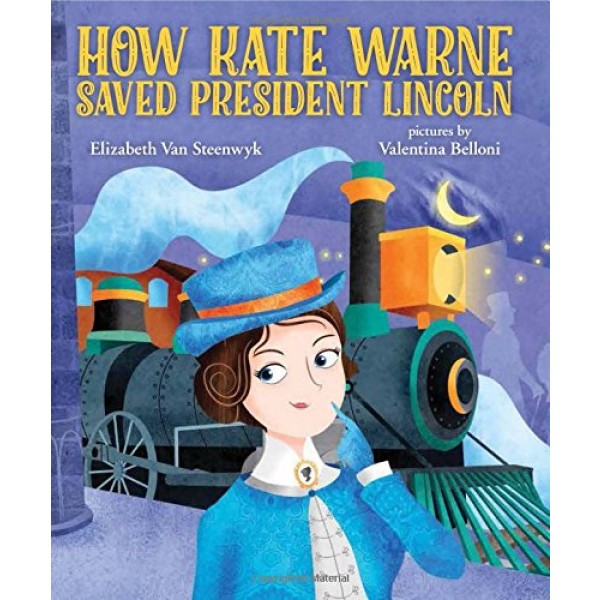 In 1856, when Kate Warne went to see Allan Pinkerton, only men were detectives. But Kate convinced Allan to hire her for his detective agency. She explained that she could worm out secrets where men could not go -- in disguise as a society lady! Join Kate on her most important mission -- to thwart a plot to assassinate Abraham Lincoln on the way to his inauguration.

"In order to foil the plot, Lincoln followed Pinkerton's advice and slipped unannounced into the city. Warne traveled with the president-elect on the train from Philadelphia to Baltimore and played an essential part in Lincoln's safe arrival in the nation's capital....An interesting story about a woman who played an important role in our nation's history." — Patricia Ann Owens, School Library Journal