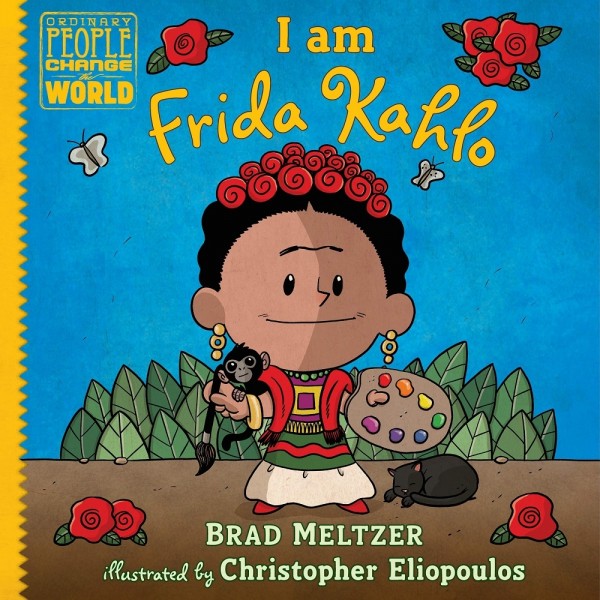 I Am Frida Kahlo

Frida Kahlo grew up in Mexico, and her childhood wasn't easy: she was the only girl who attended her school, and a bout with polio left her with a permanently weakened leg. Then, as a young adult, she survived a bus crash, but was left in serious pain. As she recovered, she started to paint — and she made her mark in art history for her unique way of looking at the world and integrating her own image and life into her paintings.

In this book from the Ordinary People Change the World biography series, young readers will learn all about Frida and how her traits — the same ones they may have themselves — made her into a hero for people around the world. Brad Meltzer aptly captures Frida's thoughts, while colorful artwork from Christopher Eliopolous invites readers to imagine her world. It's an inspiring tribute to one of the 20th century's great artists and activists!