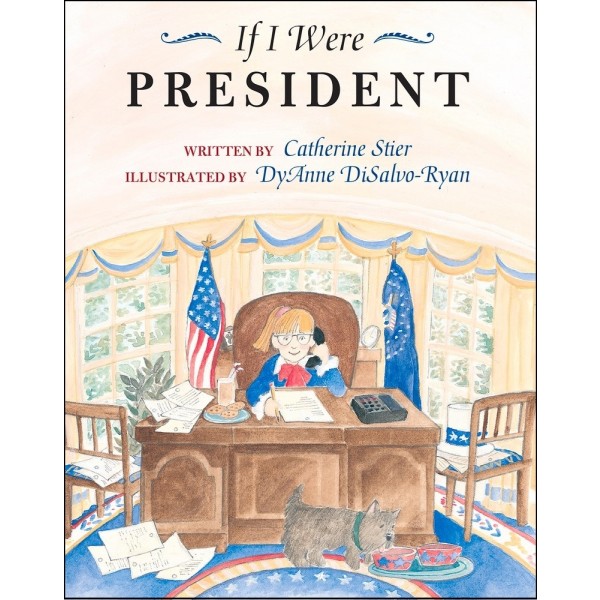 If I Were President

Imagine living in the White House, a mansion where you wouldn't have to leave home to go bowling or see a movie! Imagine a chef to cook anything you like. "Two desserts, Madam President? No problem!" But if you were president, there would be a lot of work to do too. You would be in charge of the armed forces, give important speeches, and work with Congress to create laws for the whole country.

A multicultural cast of children imagines what it would be like to be president in this charming picture book! While the kids are certainly excited about the perks of being president, author Catherine Stier also outlines the duties and responsibilities that come with holding your country's highest office, from pledging to "preserve, protect, and defend the Constitution of the United States" to making tough decisions that aren't appreciated by everyone. It's a clever way to introduce kids to the importance of the President's job — while also encouraging them to imagine themselves in the lead!

"A simple explanation of the diverse duties of the president of the United States. Beginning with campaign speeches and posters, six children of varied racial backgrounds take turns posing as the president while providing information about the rewards and responsibilities of the position. Touching briefly on various topics including the White House, Congress, the creation of laws, the cabinet, veto power, Air Force One, and the Secret Service, Stier introduces the day-to-day activities of the commander in chief." — School Library Journal