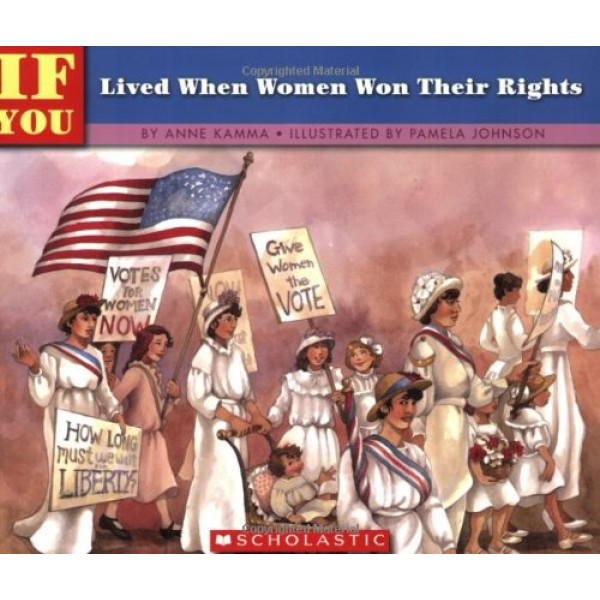 If You Lived When Women Won Their Rights

A different time...a different place...What if you were there? This facinating book is making its trade debut just in time for Women's History Month and the 2008 presidential campaign season.

There was a time that girls and women in the United States could not: wear pants; play sports on a team; ride a bicycle; or go to college.

That all began to change in 1848, when American women (and some men) met in Seneca Falls, NY, at the first convention for women's rights held anywhere in the world.

In the familiar question-and-answer format, this installment in the acclaimed If You Lived... history series tells the exciting story of how women worked to get equal rights with men, culminating in the 19th amendment to the Constitution and giving women the right to vote.