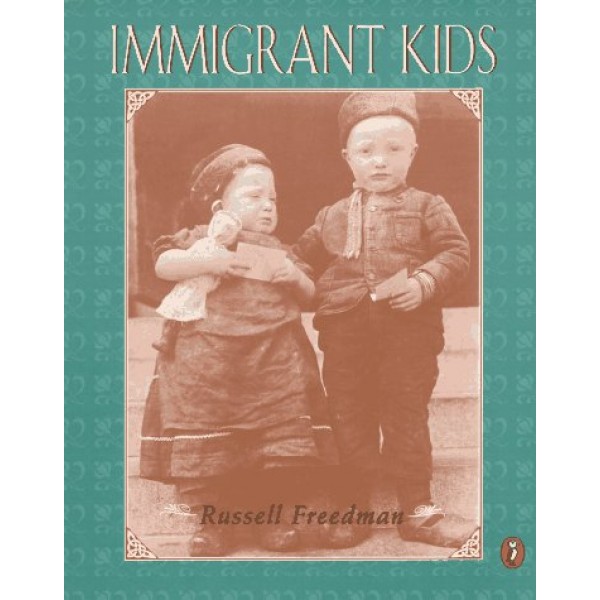 America meant "freedom" to the immigrants of the early 1900s--but a freedom very different from what they expected.Cities were crowded and jobs were scare.Children had to work selling newspapers, delivering goods, and laboring sweatshops. In this touching book, Newberry Medalist Russell Freedman offers a rare glimpse of what it meant to be a young newcomer to America.

"A refreshingly un-woeful introduction to the experience of being a young urban immigrant around the turn of the century...Concise, graphic, and designed in every respect to catch and hold the reader''s interest." -- Kirkus Reviews

Russell Freedman is the author of over thirty-five nonfiction books. His works have received many awards, among them the Robert F. Silbert Award, a Newberry Medal, and a Newberry Honor. He was recently awarded the May Hill Arbuthnot Honor Lecture Award for his contributions to the work of children's literature.