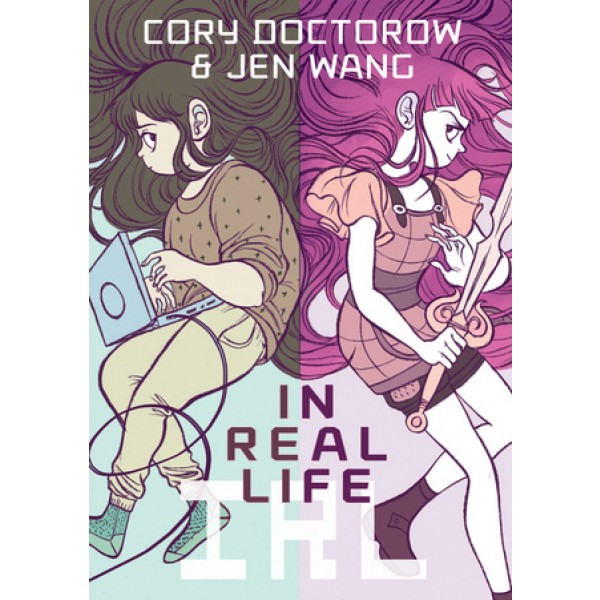 But things become a lot more complicated when Anda befriends a gold farmer -- a poor Chinese kid whose avatar in the game illegally collects valuable objects and then sells them to players from developed countries with money to burn. This behavior is strictly against the rules in Coarsegold, but Anda soon comes to realize that questions of right and wrong are a lot less straightforward when a real person's real livelihood is at stake.

"The narrative toggles between the in-game story and real life. The illustrations of the game are vibrant and dynamic, contrasting well with the muted browns and drab greens of Anda's reality. A detailed introduction by Doctorow about games, economics, politics, and activism serves to ensure readers 'get' the story." -- Amanda McGregor, School Library Journal