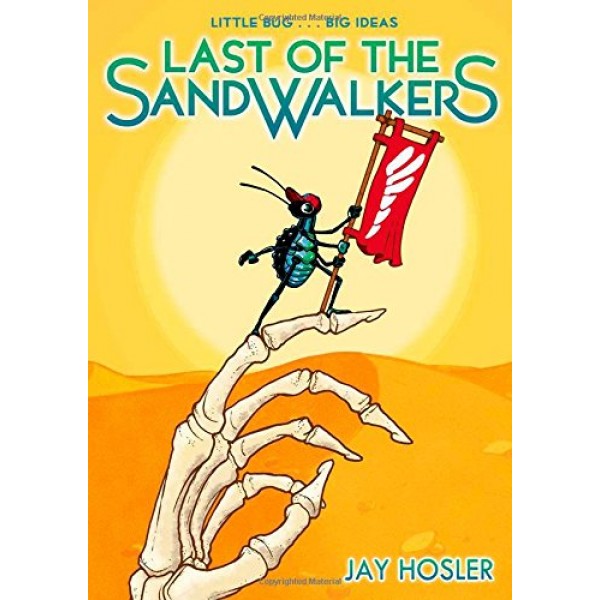 Nestled in the grass under the big palm tree by the edge of the desert there is an entire civilization -- a civilization of beetles. In this bug's paradise, beetles write books, run restaurants, and even do scientific research. But not too much scientific research is allowed by the powerful elders, who guard a terrible secret about the world outside the shadow of the palm tree.

Lucy is not one to quietly cooperate, however. This tiny field scientist defies the law of her safe but authoritarian home and leads a team of researchers out into the desert. Their mission is to discover something about the greater world...but what lies in wait for them is going to change everything Lucy thought she knew: beetles are not the only living creatures in the world.

Deftly combining suspenseful adventure storytelling with the principles and tools of scientific inquiry, entomologist and cartoonist Jay Hosler has created in Last of the Sandwalkers a tale that satisfies and fascinates even the most bug-averse among us.

"Though the characters are not human, they have their own unique and individual characteristics that will resonate with young readers. The black-and-white illustrations adeptly complement the narrative and infuses each protagonist with expressive emotions and personality. The text is well written, complete with scientific information and humorous puns. This epic graphic novel adventure is recommended for fans of animal fantasies." — Carol Hirsche, School Library Journal