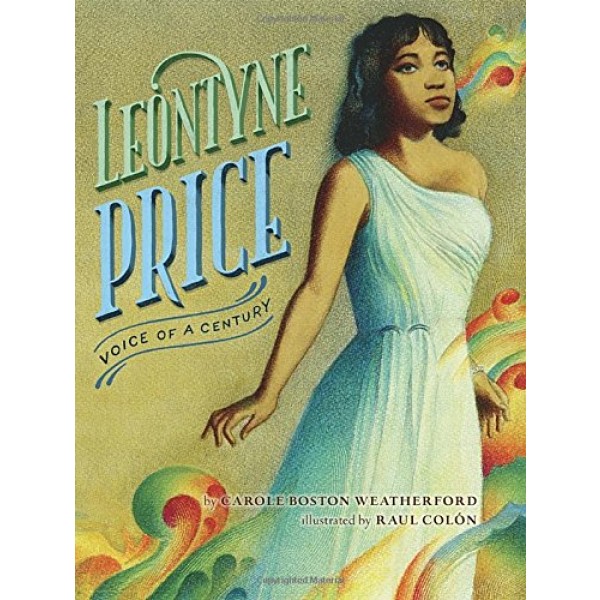 Leontyne Price: Voice of a Century

Born in a small town in Mississippi in 1927, the daughter of a midwife and a sawmill worker, Leontyne Price might have grown up singing the blues. But Leontyne had big dreams -- and plenty to be thankful for -- as she surrounded herself with church hymns and hallelujahs, soaked up opera arias on the radio, and watched the great Marian Anderson grace the stage.

While racism made it unlikely that a poor black girl from the South would pursue an opera career, Leontyne's wondrous voice and unconquerable spirit prevailed. Bursting through the door Marian had cracked open, Leontyne was soon recognized and celebrated for her leading roles at the Metropolitan Opera and around the world -- most notably as the majestic Ethiopian princess in Aida, the part she felt she was born to sing.

From award-winners Carole Boston Weatherford and Raul Colon comes the story of a little girl from Mississippi who became a beloved star -- one whose song soared on the breath of her ancestors and paved the way for those who followed.

"Colón's earthy hues establish the tone of Price's early years, set against the backdrop of her humble Mississippi upbringing and a childhood surrounded by supportive parents and gospel music. The watercolor and pencil drawings seem to vibrate off the page, especially in the form of rainbow-colored musical notes that often envelop the work's subject. An author's note includes more information on other singers for whom Price paved the way." -- Shelley Diaz, School Library Journal