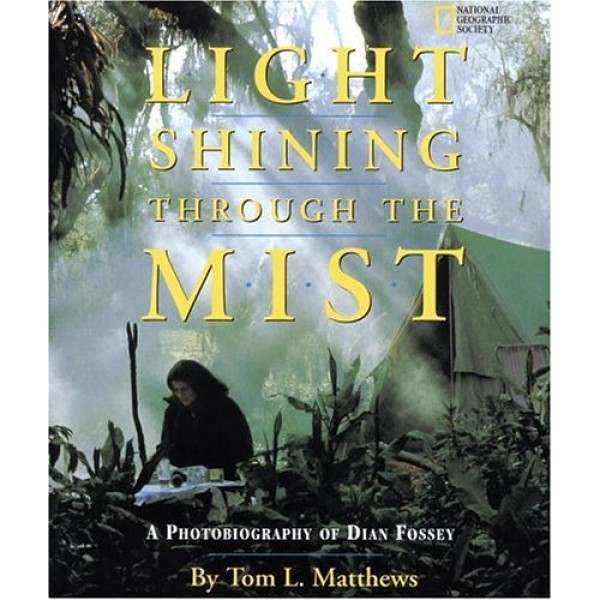 Light Shining Through the Mist: A Photobiography of Dian Fossey

In 1966, with no experience or formal scientific training, Dian Fossey left the United States and set up a gorilla observation camp in the Virunga mountains of Africa. Sponsored by Dr. Louis Leakey, the 34-year-old Fossey had embarked on a 19-year project that began as a field study of gorillas but expanded into a labor of love and a mission to protect the magnificent species from extinction.

No human ever came closer to the mysterious mountain gorillas than Fossey, but as her relationship with the animals grew, her fierce battle against poachers did also. Fossey was murdered in 1985, but her legacy endures. This dramatic story of her vital work is an important record for a new generation of readers.

"Many of the photos of Fossey and the gorillas are outstanding for their clarity, composition, and lighting. Although the photos of Fossey will greatly appeal to young readers, the text makes clear that Karisoke was no Eden. Matthews discusses the controversy Fossey's work engendered, the killing of gorillas by poachers, and Fossey's murder in 1985... Young people, particularly those intrigued by the many volumes on Jane Goodall's primate research, will find this book well worth reading." — Booklist