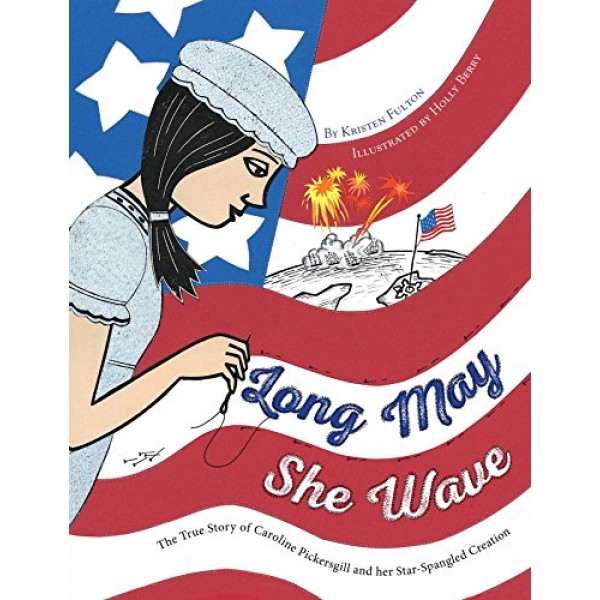 Long May She Wave: The True Story of Caroline Pickersgill and Her Star-Spangled Creation

Caroline Pickersgill came from a family of the best flag makers in Baltimore. She and her family proudly stitched the grand flag that gallantly whipped in the wind over Fort McHenry. But when the British attacked Baltimore on September 12, 1814, would those broad stripes and bright stars still wave strong? Would America still be free and remain the home of the brave?

Discover the story of the girl who sewed the American flag that inspired the lyrics of the National Anthem in this beautifully illustrated celebration of our country's iconic symbol for freedom.

"Fulton’s accessible language pairs with Berry’s colored-pencil block prints to create clear images of the effort of the women to make a flag of that size, and the battle that would eventually inspire a nation. Fulton includes a short list of resources, an author’s note, and the lyrics to 'The Star-Spangled Banner.' The author’s note explains how Pickersgill negotiated a contract for two of the women [who sewed the flag], which was typically forbidden because they were African American. A strong look at women who up took up needle and thread to inspire a town, a man, and ultimately a nation." — Karen Ginman, Booklist