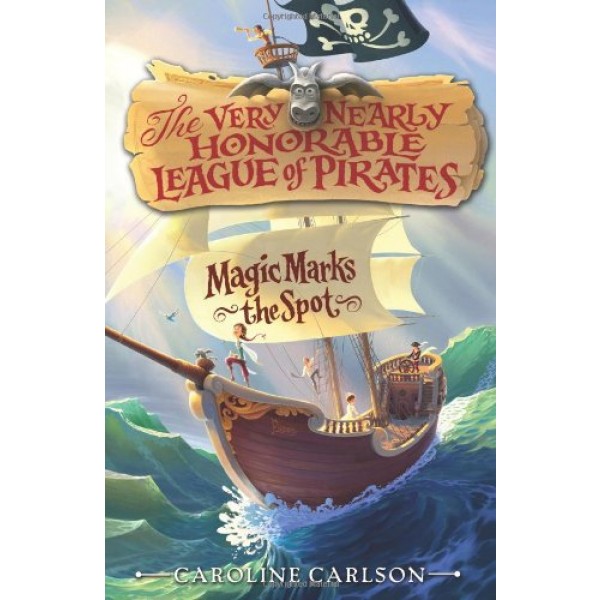 Hilary Westfield has always dreamed of being a pirate. She can tread water for thirty-seven minutes. She can tie a knot faster than a fleet of sailors, and she already owns a rather pointy sword.

There's only one problem: The Very Nearly Honorable League of Pirates refuses to let any girl join their ranks of scourges and scallywags.

But Hilary is not the kind of girl to take no for answer. To escape a life of petticoats and politeness at her stuffy finishing school, Hilary sets out in search of her own seaworthy adventure, where she gets swept up in a madcap quest involving a map without an X, a magical treasure that likely doesn't exist, a talking gargoyle, a crew of misfit scallywags, and the most treacherous -- and unexpected -- villain on the High Seas.

"Carlson’s debut, the first in the Very Nearly Honorable League of Pirates series, delivers all the expected swashbuckling tropes—treasure maps, invisible ink, sword fights, and treacherous villains—and then cleverly upends them by adding a talking gargoyle, a governess determined to keep everything shipshape, and a truly terrible dad. Interspersed between chapters are humorous letters, guidebook extracts, and newspaper articles that offer alternative perspectives to the main narrative." -- Kay Weisman, Booklist