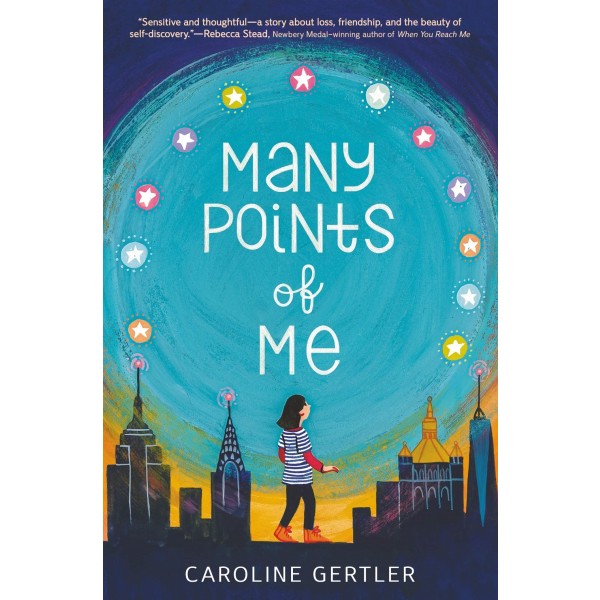 Many Points of Me

Georgia Rosenbloom’s father was a famous artist. His most well-known paintings were a series of asterisms — patterns of stars — that he created. One represented a bird, one himself, and one Georgia’s mother. There was supposed to be a fourth asterism, but Georgia’s father died before he could paint it. Georgia’s mother and her best friend, Theo, are certain that the last asterism would’ve been of Georgia, but Georgia isn’t so sure. She isn’t sure about anything anymore — including whether Theo is still her best friend.

Then Georgia finds a sketch her father made of her. One with pencil points marked on the back — just like those in the asterism paintings. Could this finally be the proof that the last painting would have been of her? Georgia’s quest to prove her theory takes her around her Upper West Side neighborhood in New York City and to the Metropolitan Museum of Art, which was almost a second home to Georgia, having visited favorite artists and paintings there constantly with her father. But the sketch leads right back to where she’s always belonged — with the people who love her no matter what. Caroline Gertler’s debut is a story about friendship, family, grief, and creativity.

"Georgia, who still misses her dad fiercely two years after his death, struggles to navigate the tension between her father as a towering public art figure and as her dad, who 'sang me "Moonshadow" at bedtime.' When she discovers a sketch that suggests that she would have been the subject of his final asterism, Georgia sets out to prove her role in her father’s legacy. Debut author Gertler’s tale of tween soul-searching, threaded with an intriguing art mystery, satisfies, and the sophisticated and privileged New York City art world milieu is depicted with an insider’s eye for detail." — Publishers Weekly