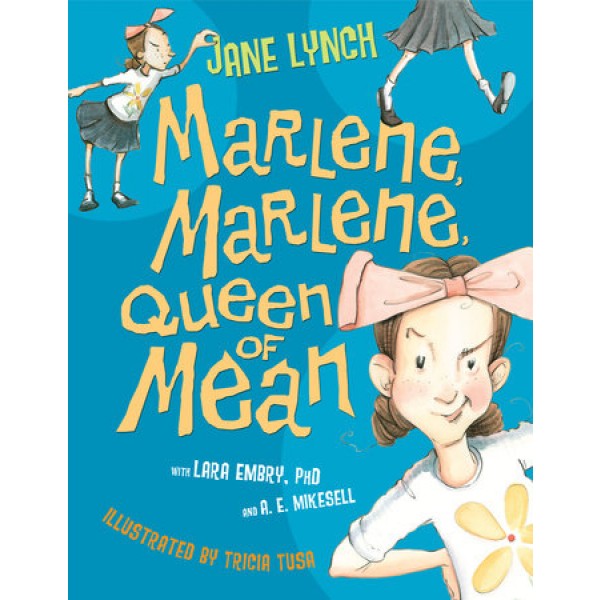 Marlene is the self-appointed queen of the playground, the sidewalk, and the school. She is small but mighty...intimidating! Known for her cruel ways, the little Queen of Mean has kids cowering in fear -- until big Freddy stands up to her and says what everyone has been too fearful to say. In Seussian rhyme, actress Jane Lynch, clinical psychologist Lara Embry, and former children's book editor A. E. Mikesell gently and comically depict the undoing of a bully and her efforts to reform. Tricia Tusa's charming illustrations make the story an even more accessible conversation starter for all ages.

"When [Big Freddy] tells Marlene that she is 'just a bully,' it is all that is needed to break her meanness into '123 pieces.' When readers meet a reformed Marlene, she is learning to make friends, and though she's not intimidating anymore, she is still true to her nature and prone to the occasional prank. Tusa's signature watercolor pastel hues and cartoonlike pencil outlines offer a comic lightness and softness to a serious subject." -- Danielle Jones, School Library Journal