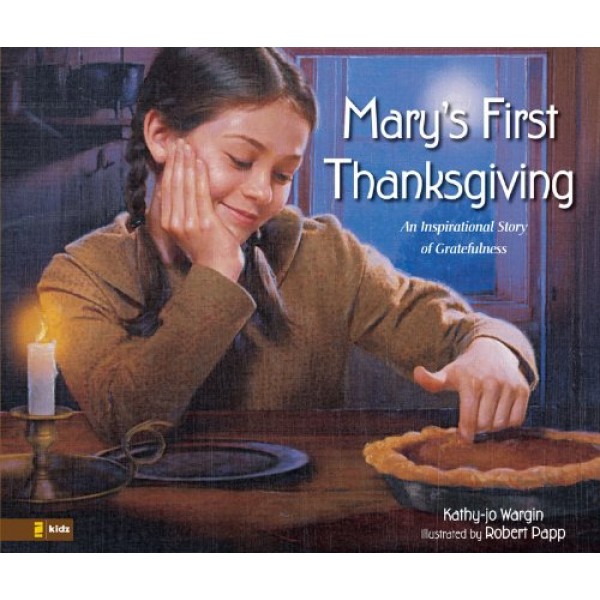 Most days, Mary loves her new home in America. But now it's Thanksgiving time, and her family has little food. Mary begins to wish she could go back to Ireland. Life isn't fair. Even the gift of a pumpkin pie from a kind neighbor doesn't cheer her.

So, Father tells Mary a story of how the Pilgrims struggled when they first came to America. The seeds they brought with them wouldn't grow. Native Americans showed the new settlers how to make the soil grow crops. That instruction helped, but the Pilgrims still faced hardships. There were times when they had barely enough food. But five kernels of corn helped the Pilgrims survive and made their faith stronger. Will the legend of the five kernels help grow a new faith in Mary too?

When Kathy-jo Wargin was a young girl, each night after dinner, her mother let her choose between washing the dishes or writing a poem. Before long, she decided that if she grew up to be a writer, she wouldn't have to do any dishes. She has since learned that even though she has published more than twenty award-winning books for children, she still has to wash the dishes. Kathy-jo lives in Minnesota with her husband and her son.