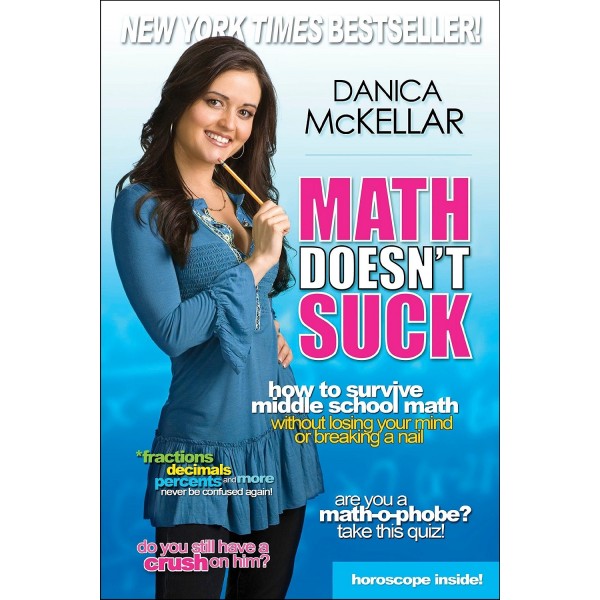 Math Doesn't Suck: How to Survive Middle School Math Without Losing Your Mind or Breaking a Nail

From actress and math genius Danica McKellar comes a groundbreaking middle school math workbook for middle school girls, their parents, and educators! Math scores begin to drop in middle school — especially for girls — in large part due to the relentless social conditioning that tells girls they “can’t do” math, and that math is “uncool.” So it's McKellar’s mission to demonstrate on a large scale that math doesn’t suck.

In this fun and accessible guide, McKellar — dubbed a “math superstar” by The New York Times — gives girls and their parents the tools they need to master the math concepts that confuse middle-schoolers most, including fractions, percentages, pre-algebra, and more, with real-world examples, step-by-step instruction, and engaging stories of Danica’s own childhood struggles in math.

For more of McKellar's books to encourage girls in math, check out: