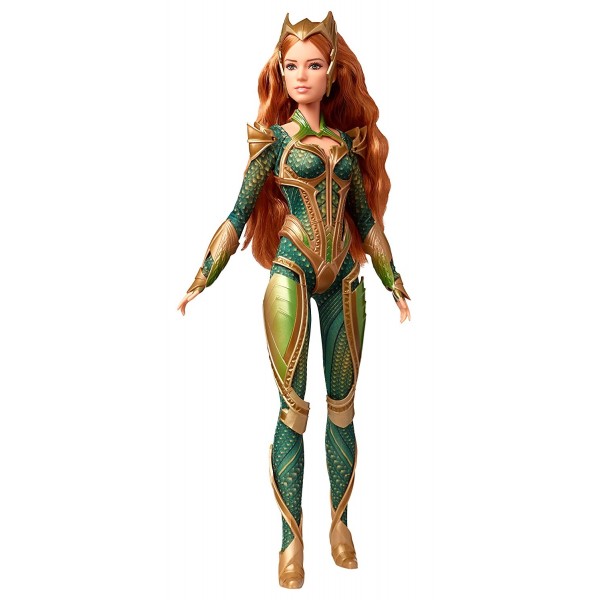 Facing a great enemy, Wonder Woman and Batman join forces to recruit a group of meta-humans to stand against this newly awakened threat in the Warner Bros. live-action feature film, Justice League. A Princess of Xebel, one of the Seven Kingdoms of Atlantis, Mera is dedicated to protecting the oceans. She is a great undersea warrior, with a unique hydrokinetic ability to manipulate water with just her thoughts.

This Barbie Signature Mera doll is sculpted and costumed just like the movie character. She wears a body suit with "scales" and intricately sculpted body armor, boots and crown. The doll also features a fully articulated body — perfect for high-action poses.