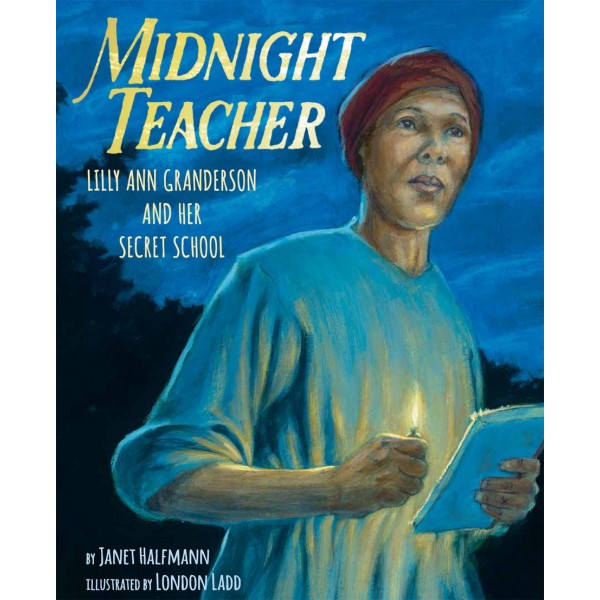 In Mississippi in the mid-1800s, it was illegal for enslaved people to learn to read and write. Getting caught meant thirty-nine lashes with a whip as punishment. But this did not stop Lilly Ann Granderson, an enslaved woman herself. She believed in the power of education. To share her knowledge with others, she started a midnight school.

In a small cabin hidden in a back alley, Lilly Ann held her secret classes. Every noise in the dark was a reminder of the punishment she and her students faced if they were found out. But the chance to learn was worth the risk.

Over the years, Lilly Ann taught hundreds of enslaved people to read and write. Many of her students went on to share their knowledge with their families. Some started secret schools of their own. Others forged passes to escape to freedom in the North. Based on a true story, Midnight Teacher is an inspiring testament to a little-known pioneer in education.

"After the school is discovered, Granderson is shocked to learn that she won’t be punished (Halfmann speculates about why she might have escaped punishment in an afterword) and reopens her school, teaching as a free woman for many more years. The painful but uplifting narrative may spark readers’ curiosity about other enslaved individuals whose stories have not yet been told." — Publishers Weekly