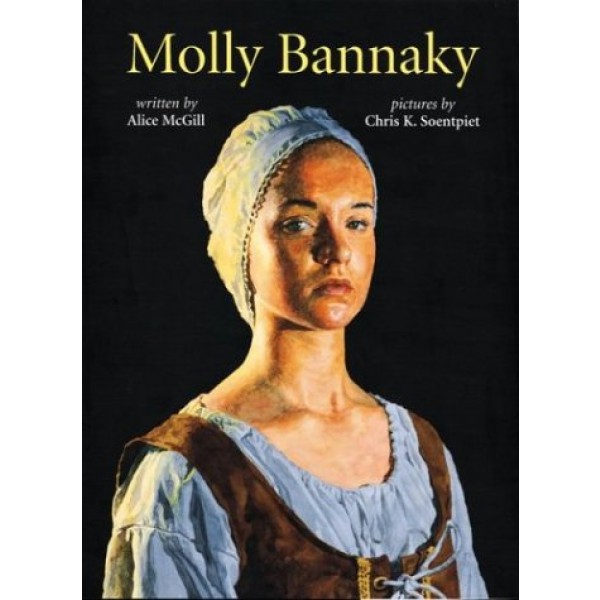 On a cold gray morning in 1683, Molly Walsh sat on a stool tugging at the udder of an obstinate cow. When she spilled the milk, she was brought before the court for stealing. Because she could read, Molly escaped the typical punishment of death on the gallows. At the age of seventeen, the English dairymaid was exiled from her country and sentenced to work as an indentured servant in British Colonial America. Molly worked for a planter in Maryland for seven long years. Then she was given an ox hitched to a cart, some supplies -- and her freedom.

That a lone woman should stake land was unheard of. That she would marry an African slave was even more so. Yet Molly prospered, and with her husband Bannaky, she turned a one-room cabin in the wilderness into a thriving one hundred-acre farm. And one day she had the pleasure of writing her new grandson's name in her cherished Bible: Benjamin Banneker, who would grow to become a famous African American scientist, surveyor, and author.