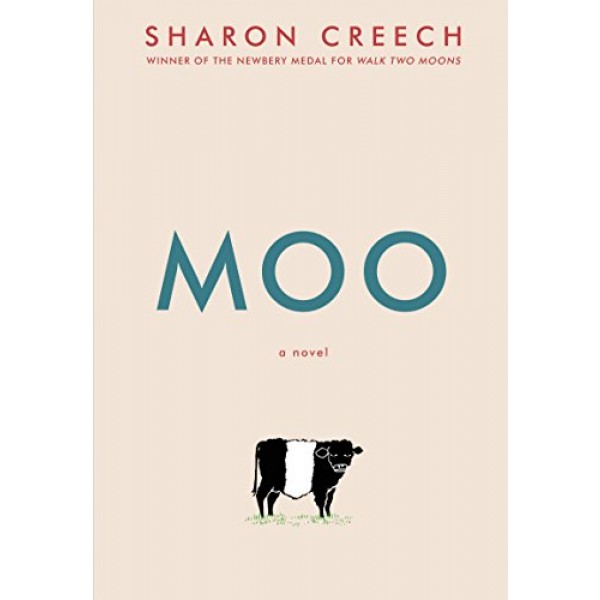 When Reena, her little brother, Luke, and their parents first move to Maine, Reena doesn't know what to expect. She's ready for beaches, blueberries, and all the lobster she can eat. Instead, her parents "volunteer" Reena and Luke to work for an eccentric neighbor named Mrs. Falala, who has a pig named Paulie, a cat named China, a snake named Edna -- and that stubborn cow, Zora.

Over time, an unexpected bond develops between twelve-year-old Reena and one very ornery cow, proving that when you're open to new experiences, life is full of surprises. This heartwarming story, told in a blend of poetry and prose, reveals the bonds that emerge when we let others into our lives.

"As Reena learns that a little kindness works wonders for both people and animals, Creech’s spare narrative creates vivid, emotion-packed images of landscapes, characters, and 'that/ wild-eyed/ heifer,' Zora, that will stay with readers." -- Publishers Weekly