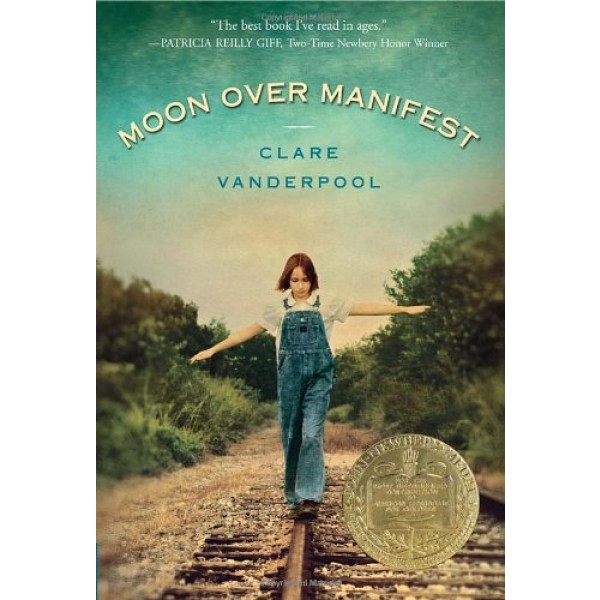 Abilene Tucker feels abandoned. Her father has put her on a train, sending her off to live with an old friend for the summer while he works a railroad job. Having heard stories about Manifest, Kansas, where her father grew up, Abilene is disappointed to find that it’s just a dried-up, worn-out old town. But her disappointment quickly turns to excitement when she discovers a hidden cigar box full of mementos, including some old letters that mention a spy known as the Rattler. These mysterious letters send Abilene and her new friends, Lettie and Ruthanne, on an honest-to-goodness spy hunt, even though they are warned to “Leave Well Enough Alone.”

Abilene throws all caution aside when she heads down the mysterious Path to Perdition to pay a debt to the reclusive Miss Sadie, a diviner who only tells stories from the past. It seems that Manifest’s history is full of colorful and shadowy characters — and long-held secrets. The more Abilene hears, the more determined she is to learn just what role her father played in that history. And as Manifest’s secrets are laid bare one by one, Abilene begins to weave her own story into the fabric of the town. Powerful in its simplicity and rich in historical detail, Clare Vanderpool weaves a gripping story of loss and redemption in this rewarding novel.

"Abilene and readers get so caught up in the past in this richly detailed, splendidly written novel that they easily make the transition between the Depression and WWI eras and long to learn more about the town that once was. Readers will love guessing how Abilene’s dad fits into all the stories and townspeople’s memories. The absolute necessity of story as a way to redemption and healing past wounds is at the heart of this beautiful debut, and readers will cherish every word up to the heartbreaking yet hopeful and deeply gratifying ending." — Kirkus Reviews