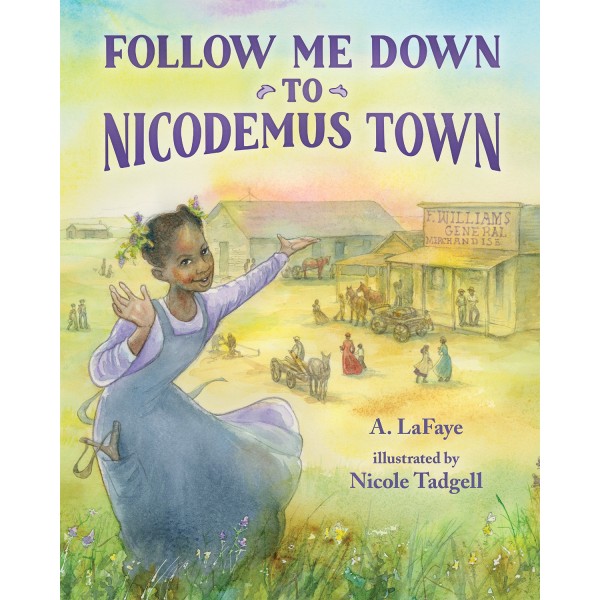 When Dede sees a notice offering land to black people in Kansas, her family decides to give up their life of sharecropping to become homesteading pioneers in the Midwest. Inspired by the true story of Nicodemus, Kansas, a town founded in the late 1870s by Exodusters — former slaves leaving the Jim Crow South in search of a new beginning — this fictional story follows Dede and her parents as they set out to stake and secure a claim, finally allowing them to have a home to call their own.

"The cover welcomes readers into this story about Dede Patton and her family.... Eventually more people arrive, African-American like the Pattons; their settlement becomes a town, and the Pattons’ dream of holding the deed for their land is realized." — Kirkus Reviews

"Both of Dede’s parents work extra jobs, and Dede shines shoes at the train station, all in hopes of paying off their sharecropping debt so they can move west. But no matter how much they work, they don’t make enough (context on the sharecropping economy is provided in a note).... The closing note acknowledges the displacement of the Ni-u-kon-ska [Osage] people — another opportunity for exploration. That the many all-black settlements on the prairie have been whitewashed out of U.S. history makes this book an important one." — Kirkus Reviews