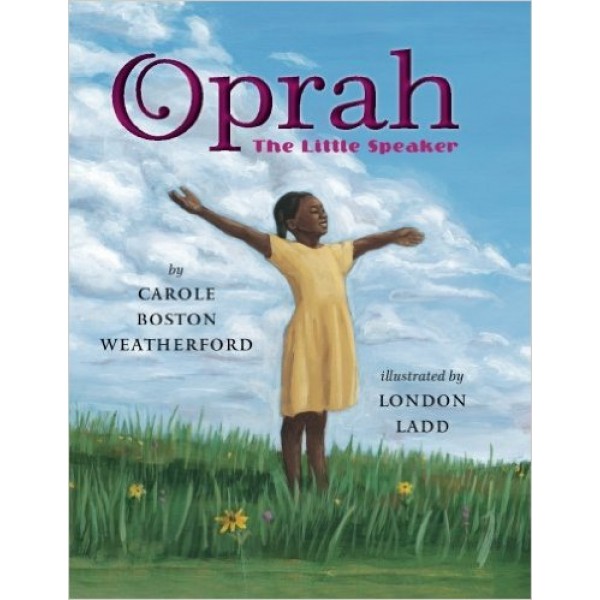 At age three, Oprah began performing in churches, becoming known to adoring crowds as the Little Speaker. When she was asked what she wanted to be when she grew up, she answered, "I want to be paid to talk."

Here is the story of Oprah Winfrey's childhood, a story about a little girl on a Mississippi pig farm who grew up to be the "Queen of Talk." The host of the Emmy Award-winning Oprah Winfrey Show, she currently directs a media empire that includes television and movie productions, magazines, a book club, and radio shows. An author's note is included.

"The choice of language and the extra commentary suggest the rhythms of speech and the religious culture that surrounded Winfrey as she grew up in the mid-20th-century South." -- School Library Journal

"Although young biographies exist about this phenomenal woman, this picture-book account focuses solely on her childhood.... The narrative portrays a bright, spunky child who didn’t let poverty or ridicule stand in her way, while the soft-edged, acrylic illustrations paint a determined, sober-faced girl." -- Booklist