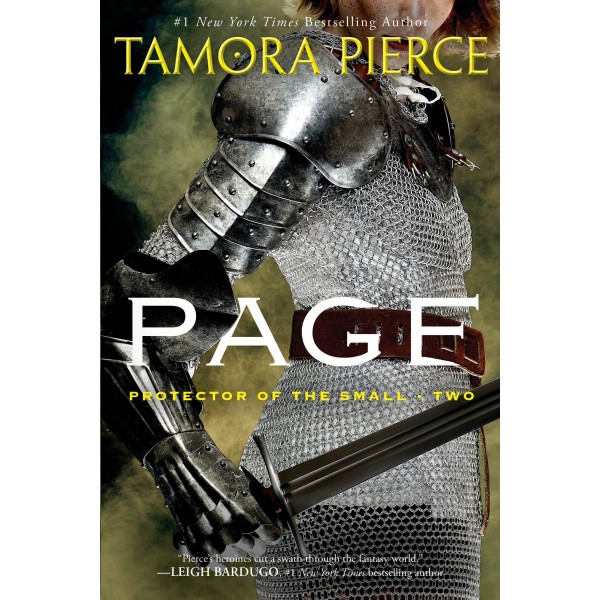 Keladry of Mindalen, the first girl to train as a knight since Alanna, is officially a page now, but she's got three more years before she'll be a squire. And those three years are not going to be easy. Kel has to stand up against bullying boys, cruel older sisters, and, as always, the training master, Lord Wyldon. And whil she deals with maintaining the rigorous regimen of a page and confronting the prejudices that come with being a female in a man's world, she's also coping with an unexpected crush on her closest friend, Neal.

This is the second volume of the Protectors of the Small Quartet; the first volume is First Test and the story continues in Squire and Lady Knight.

"Keladry begins her second year as the first 'official' girl page. She has a new friend, a shy and uncertain maid who has been bullied and possibly molested, whom she helps overcome her fears by teaching her self-defense. Kel and her friends meet new challenges as they continue their training to become knights, face down a pack of raiders, and rescue one of their own from kidnappers....The plot is engaging and Kel's character growth continues as she deals with puberty, works to overcome her fear of heights, and gains the respect of her peers and teachers." — Heather Dieffenbach, School Library Journal